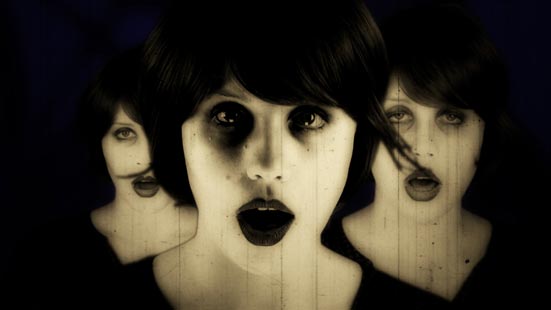 All the competition films selected were screened by a panel of judges including media professionals, journalists, students, and academics. These judges selected the 24 finalists which will be publicly screened at our Festival. These finalists were selected from over 357 works submitted by filmmakers from around the world. In addition, the judges chose the Prize Winners in conjunction with the Festival Director. Prize winners will be announced after the screenings on Saturday, June 14.

Film Premieres:
24 films will have their New Jersey or Area Premiere (Middlesex County) screenings as part of the New Jersey International Film Festival Summer 2014. Some of these include: Jenni Matz's Rye Coalition: The Story of the Hard Luck 5 – an intimate and fiery rock documentary tracing the rise and fall of Rye Coalition, a band of five childhood friends from New Jersey; William J. Stribling's Lies I Told My Little Sister - a deeply felt and expertly acted independent feature shot in New Jersey about the blood ties that bind us to the past; Sebastian Wotschke's Horror Film – a stylish horror film featuring stunning cinematography and special effects while paying homage to the great German Expressionist films of the 1920s; Joe Basile's West End -- an intense family drama set on the Jersey Shore; Joe Siebert's The Sax Man -- the exhilarating story of Cleveland's beloved street musician, Maurice Reedus Jr., and his fall from the heights of acclaim to the humility of the street; Tamar Halpern and Chris Quilty's Llyn Foulkes: One Man Band (the most famous artist you've never heard of); Jamie Chambers's Blackbird -- a rich, delicate, and deeply moving feature film with superb cinematography and a stirring soundtrack filled with traditional Scottish ballad-singing; Brad Mays I Grew Up In Princeton -- a funny, absorbing and candid portrait of Princeton, New Jersey in the 60s and 70s, as well as a mosaic of memory, imagery, and music told by those who lived it; and many others. See the attached schedule for more information on these and the other films or visit our website: www.njfilmfest.com.

Special Guest Appearances by Directors, Artists, and Scholars:
This summer we are pleased to announce over fifteen confirmed special guest appearances by film directors, artists, actors, and scholars to the 2014 New Jersey International Film Festival! All visiting directors will introduce their work and do a Question and Answer session after the screenings. For more information on these special guest appearances see the attached schedule or go to our online site at www.njfilmfest.com. Note: more filmmakers will be appearing but were not able to confirm their attendance at this time. So check our website for updated information.

Special Promotions/New Screening Facility:
There will be Free Food served at the 2014 New Jersey International Film Festival prior to all the competition screenings courtesy of Jimmy John's of New Brunswick! Free Parking in University lots near the screening space. Our new primary screening location Voorhees Hall #105 features comfortable, cushioned seats, stadium seating, and hi-definition projection and sound systems! Come check out our new screening space and see for yourself how great it is!