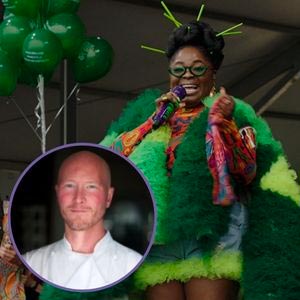 JAZZ FEST: A NEW ORLEANS STORY weaves together live performances and interviews from the 50th anniversary of the iconic festival, featuring some of the biggest names in the music industry, along with a wealth of archival documentary footage from the past half century.

Celebrating the music, food, and arts and crafts of all of Louisiana since 1970, Jazz Fest is an essential showcase of the rich heritage of the region, and hundreds of thousands attend the event each year. Local music heroes are joined on 14 stages by some of the most important figures in entertainment, highlighting the connections between Louisiana culture and the world.

Meal includes coffee and one complimentary water or soda per guest.

The Art of Living Well series features inspiring films, speakers, and interactive discussions exploring ways of cultivating serenity, meaning, and a deeper connection to one’s self and the world.