(ASBURY PARK, NJ) -- Pittsburgh’s Bill Toms and Hard Rain return to the Jersey Shore with a show at The Saint in Asbury Park on Friday, August 5th at 8:00pm.  The band has, over the years, made it their mission to pay homage to America’s rich musical traditions, mixing some of the nation’s most beloved genres with a good dose of hope, faith and inclusion.... but it’s safe to say that recently, this has been a bigger challenge than usual.

(CAPE MAY, NJ) -- World renowned singer, songwriter and multi-instrumentalist Eliot Lewis is the headline performer on Thursday, August 25 at 6:30pm for a special night of storytelling and classic hits from the man himself, unplugged on an intimate stage, in the heart of Cape May and outside, on the beautiful and historic grounds of the 1879 Emlen Physick Estate, 1048 Washington St. The show is part of Cape May’s new Summer Sunset Solo Series.

(ASBURY PARK, NJ) -- Composer and pianist Murray Hidary brings MindTravel back to Asbury Park for a one-night-only Live-to-Headphones 'Silent' Piano concert under the stars on the Asbury Park Beach on Saturday, July 9th. Get ready to let your mind explore new pathways to creativity, focus and reflection as you experience MindTravel on the shores of the Atlantic. It takes place on the 3rd Avenue Beach at 10:00pm.

(ASBURY PARK, NJ) -- Bob Burger will celebrate the release of his latest album, The Domino Effect at The Saint in Asbury Park on Tuesday, July 12th. He will be joined by several of his friends to shoot a music video for the track "Pain In The Ass" from the new album. Doors are at 7:00pm.  Admission is free, so come out to celebrate his first album in a decade and be part of the video!

(STROUDSBURG, PA) -- The first Latin Fusion Fest in downtown Stroudsburg will be held in Courthouse Square at 7th and Main Streets on Saturday, July 9 from 2:00pm to 6:30pm.  Presented by the Sherman Theater and the Pocono Mountains Chamber of Commerce, this free community festival celebrates the sights, sounds and flavors of Latin and Caribbean cultures and features live music all day with food, vendors and fun for all ages.

Throughout the ‘70’s and ‘80’s, Little River Band enjoyed huge chart success with multiplatinum albums and chart-topping hits. To date, the group’s worldwide album, CD sales, and digital downloads top 35 million and, according to BMI, the band’s hit, “Reminiscing,” has registered over five million airplays on American radio. 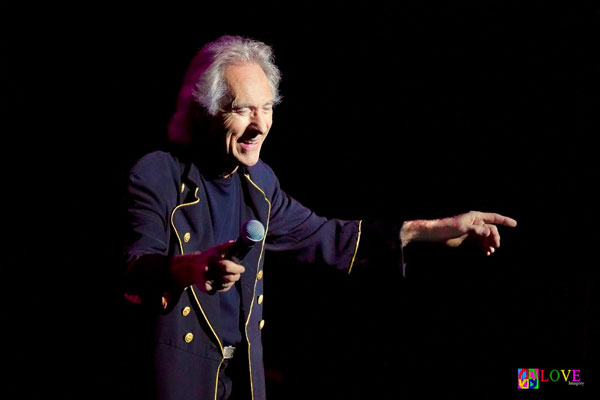 Inside Morristown, NJ’s MPAC auditorium this Thursday, June 23, 2022 evening, music lovers can be seen dancing to the sound of happy ’60s tunes played on the house PA system as they make their way to their seats. After a two-year postponement, fans of classic 1960s hits are all here for tonight’s 2022 edition of the Happy Together Tour starring The Turtles, Gary Puckett, The Association, The Classics IV, The Vogues, and The Cowsills.

Lazlo, founder of BlowUpRadio.com (an online station based around New Jersey artists), shines a light on some of the many new releases from NJ based musicians each week with this column. This week Lazlo takes a look at the releases by Chris Tiedemann, Deviant Youth, Sammy Kay, Well Wisher, Classic Traffic, and Driving Underwater. 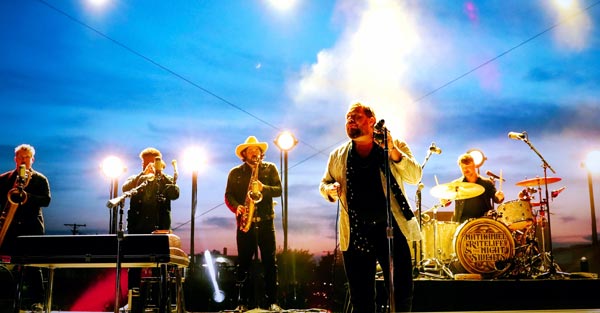 Nathaniel Rateliff & The Night Sweats rocked the Stone Pony in Asbury Park for a sold out show this 4th of July weekend.  The Future Tour, in support of their third studio album, kicked off in May and runs through late September.  As the rain held out, the sky broke into glorious shades of reds and blues, when the band took the stage.  Rateliff and the band were in fantastic form— never losing their octane-level energy— or raw and powerful vocals.  With a worldly fusion of blues, rock, folk, and soul (not unlike Van Morrison who they’ve covered in the documentary The Last Waltz), they were their own force of nature— rocking the house from start to finish.  From the soft horn timbres of songs like You Worry Me and Face Down in the Moment…  building up to the raucous, bone shattering tracks like S.O.B., The Night Sweats covered it all.

TEOA (The End of America)

Lyle Lovett and His Large Band