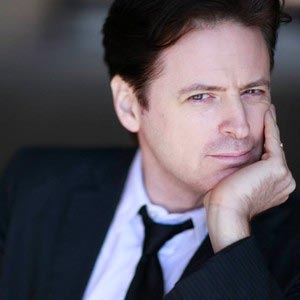 Considered one of the greatest interviewers of our day, acclaimed comedian John Fugelsang challenges conventional wisdom on politics, media, religion, and pop culture on an entertaining and irreverent daily call-in show on SiriusXM Insight, Channel 127. Journalists, comics, artists, authors, activists and political figures all have a place at the table on this brilliant, witty, irreverently intelligent show.

John is a regular on CNN, MSNBC, and has appeared more than 20 times on ABC's hit show, "Politically Incorrect" with Bill Maher. He has contributed to both Huffington Post and Daily Kos.

He sold out theaters across the country with Stephanie Miller on "The Sexy Liberal Comedy Tour", has been nominated for a Drama League award for his off-Broadway solo show, "Guilt: A Love Story". He's appeared at Montreal's Just for Laughs Festival, HBO's US Comedy Arts Festival, and on stage in DC alongside Lewis Black and Dick Gregory. He's also performed for American Troops abroad, including on a humanitarian mission in Haiti.

His film, Dream On, a road trip in search of the American Dream, was named "Best Documentary" at the NY Independent Film Festival. Directed by two-time Oscar nominee Roger Weisberg, the film examines the current state of the American Dream while retracing the journey Alexis de Tocqueville made while writing Democracy in America. The film features 200 interviews in 55 cities in 17 states, including Mike Huckabee, Barney Frank, and Paul Krugman.