A Conversation with Michael Beschloss 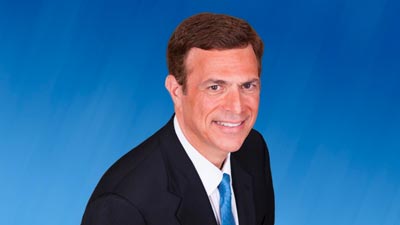 Michael Beschloss is an award-winning historian, scholar of leadership and bestselling author of ten books — most recently the acclaimed New York Times and Wall Street Journal bestseller Presidents of War.  The New York Times Book Review calls Presidents of War “a superb and important book, superbly rendered.”  The Financial Times says that the book “looks at leadership from every angle” and calls it “epic” and “magisterial.”  The historian Ron Chernow calls the book “monumental and profoundly important.”  Tom Hanks says, “Once again, Beschloss captures our Presidents in terms both historic and human.”

The Charlotte Observer says, “Michael Beschloss knows more about America’s Presidents than perhaps anyone on earth.”  Beschloss appears regularly on television as the NBC News Presidential Historian and contributor to the PBS NewsHour.  He has also been a contributing columnist to the New York Times.  He has won an Emmy for his television work and received six honorary degrees and numerous other awards.  He has the largest Twitter following of any American historian, more than half a million.  His Twitter account appears on Time Magazine’s list of the world’s top Twitter feeds.

Born in Chicago, Beschloss is an alumnus of Phillips Academy (Andover) and Williams College, where he studied under James MacGregor Burns, author of what remains the classic book on leadership.  At the Harvard Business School, Beschloss studied leadership in both the private and public sectors. He has served as an historian at the Smithsonian, a scholar at the University of Oxford, and a senior fellow of the Annenberg Foundation.  Among his earlier books are two volumes on Lyndon Johnson’s secret tapes, The Conquerors, about Franklin Roosevelt, Nazi Germany and the Holocaust, and Presidential Courage.  He was also co-author (with Caroline Kennedy) of the number-one global bestseller Jacqueline Kennedy: Historic Conversations about Life with John F. Kennedy.