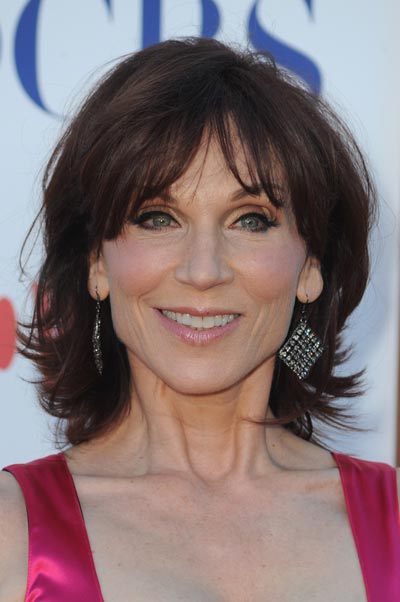 The Bucks County Playhouse means various things to various people; to some it's just, "That building that gets flooded by the river," to others it's, "The old gristmill" and yet to thespians and others in the know; it's a pre-Broadway launching pad, destination for aspiring entertainers and one of the finest theaters in the entire country.

This year this historic New Hope, PA house located on the banks of the Delaware River celebrates its 80th Anniversary with a September 28 Gala at the Playhouse and Stella By Garces located inside the recently opened Ghost Light Inn.

The 80th Anniversary Gala returns to the actual Playhouse itself after a period of absence. The significance of this is the revealing of the "Playhouse River Promenade," part of an overdue revitalization process led by the "Angels" who are responsible for the waterfront rebirth.

The Gala will feature a concert performance by Broadway, film and television star Tony Danza (who made his professional debut at the Playhouse in 1973 in the musical "1776") with current Playhouse Artists' board member, the incomparable Marilu Henner serving as host of the event.

Henner has worked with Danza since their "Taxi" days and says, "We see each other and talk to each other all of the time," so when she received the call to participate in this milestone evening; it was the proverbial no brainer.

"I try to get back here every summer but the last two summers there's been things going on," she explained. "We had a Broadway show and that's really where my heart is and when they said, "Tony Danza is going to be doing his show can you come and emcee?" "I said; are you kidding? Of course! So I called Tony and he said, "Yup! I'm doin' it Mar, if you're doin' it I'm doin' it!"

Henner loves the Playhouse as well as the Bucks County area; finding it beautiful, cultural, historical and charming but how did she get involved with the theater?

"Seth Burton called me and said, "I'm now involved with the playhouse and we want to do this show and would you like to do it with Marsha Mason?" "I said, are you kidding? I love the part, I love Marsha; so I said yes and the show was perfect for me so that's how I got involved."

"Now I'm a good will ambassador for the place; I wound up shooting a little video walking around Bucks County, it's such a special place. It's like the planets have lined up in a correct way to make magic. It's just very, very different and special, more than any other place; you like fall into it. I love the food, the way it looks, everything is just so special, the heritage, everything is old and historic and the people have great taste. I love the shops in New Hope, I can find jewelry, clothes, scarves or whatever and I can wear them years later, I just love it."

Helen Hayes, Grace kelly, Robert Redford, George S. Kaufman, Kitty Carlisle, Angela Lansbury, Alan Alda, Bernadette Peters, Liza Minelli, Danza and Marilu herself are just a few of the notable celebrities who have graced the Playhouse stage and when not performing she is busy writing books or with other projects. This mother of two twenty-something children has passed that work ethic on to them as she feels hard work will always give one a leg up on the competition; her advice to her kids, "Be the first one there, the last one to leave; create a vacuum and then fill it;" advice which has served her well over the course of her own career.

Ah yes, her career; one that has taken her from Broadway to television, to film and back again. With all of her credits and accomplishments there's one that stands out in a unique way; unique because when this film came out it was not hugely successful, yet today it has obtained semi- cult classic status.

"I can't tell you how many people loved that movie and it wasn't a big hit at the time," she said with a mild tone of disbelief.  "I run into families who say, "Oh it's the one movie that everyone in the family can watch together" or this and that or, "I have to bring a guy home or a girl home and they have to watch "Johnny Dangerously" for my family to approve and then I know if they're going to fit in or not;" It's the deciding thing (laughs). I always say, you know when the wrap party lasts 24 hours and the director shows up wearing a dog collar, you know it was a good movie," she continued still laughing. "We all had so much fun, it was literally 24 hours long and yet it was just one of those movies that when it came out wasn't a big hit at the time. It was a very interesting way that I was cast for that role. I was literally in the paper because I was in a picture with John Travolta; I was his date for the premier of "Staying Alive" and one of the producers saw it and said, "That's Our Lil!" That's how I got that job (laughs)."

The gala kicks off at 6:30 p.m. at The Bucks County Playhouse with single tickets ranging from $300 to $500 dollars; tables are available starting at $3,000 and they come with available "Perks."

To attend the event or discover more about revitalization project, please visit www.bcptheater.org.