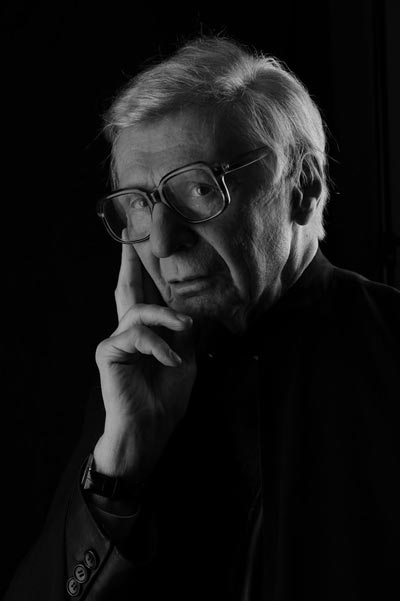 "Boy has radio changed; has it not? The whole business has changed, it's a different world," says the man simply known as Kreskin as he discussed his upcoming July 27 appearance at Tuckerton's Lizzie Rose Music Room.

"It's going to be a 90 minute show, to me that's a short program; most of my shows are two hours to two and a half hours. I travel a lot; at this point in my career I've flown over three and a half million miles. Two months ago I was boarding a United flight and one of the stewardesses asked me to come to the cockpit because the pilots wanted to say hello. So I went and one of the three pilots said, "Kreskin, the three of us combined whose livelihood is flying haven't covered combined the amount of miles that you've flown over the years" but that's another area of the world that has changed. Even with my ability I did not see us paying for luggage (laughs); our culture has changed dramatically."

Quick witted, extremely engaging as well as both gracious and loquacious, The Amazing Kreskin has been wowing audiences with his mentalist abilities for more than six decades. He has graced the stages of some of the world's most renowned venues and amazed people from all walks of life. However, for most of us, our first exposure to his talent came through television; in particular, daytime and late night talk shows.

"I'm 84 years old now and the last vacation I've had was about 12 or 14 years ago; I'm only home about five days a month," he began. "Television has been very, very good to me through the years. I did more shows with Mike Douglas than anybody in the history of that show; I did about 118 of his shows and of course Johnny Carson was a legendary part of my life; as a matter of fact, whenever I do Jimmy Fallon's show, who was a tremendous fan of Carson, he always asks me questions about him; television has been very good to me. I learned a very important lesson from the Mike Douglas Show; they came up to me about maybe the eighth or ninth appearance and said, "Kreskin, we have you on for half an hour and we'd like to, in the future, bring up a topic that we haven't discussed or told you about ahead of time because we think you can handle it" and it became a new format. So I had that as a rule in a lot of my shows and it became refreshing; if I don't know anything about the topic I can usually handle it with some humor. I make some serious claims that I know next to nothing about almost anything and everything else I know very little about (laughs). I listen to my audiences because they're part of what I do and I'm constantly traveling. I toured Saudi Arabia on and off for five and a half years, I've written 20 books now, if you add up all of the shows, radio and television appearances that I did two years ago; I did something like 264 appearances, we didn't add up last year's shows yet."

With that kind of work ethic and such a hectic appearance schedule it is obvious to most that he is from a different era; an era that functioned differently, an era that had many less distractions. Never one to shy away from giving his opinion when asked, Kreskin sees the changes in today's world and offered up his viewpoint.

"I love my work; it's a passion in my life. My last book, "In Real Time" is on those electronic things; I tried one and almost electrocuted myself," he said with a laugh. "I read books directly, the BBC came to my home to film my library because I have over 8,000 books and when I'm home I read four books a night. I read voraciously, I read four newspapers a day; the problem today, especially with young people and it's becoming seriously critical as it affects their lives and our society immensely is that people are relying on quick answers through cell phones and what have you. Therefore they are forgetting very quickly what they heard and have lost the art of listening and reflecting upon what they hear. A perfect example, a week or two ago I was with a group of producers having lunch here in New Jersey at a restaurant and one of the producers said, "Kreskin? Do you see what's going on? Take a look around" and I looked and there was a table of about five or six college age students and they all had their cell phones in their hands. So people today, even when they go out to eat have that one instrument intruding in their lives and that's the cell phone; it's overdone. People aren't hearing as well and teachers can't discuss it in schools today. I've done over a thousand university shows, high school teachers can't address it because they're afraid that they'll lose their job because they've been critical of a student and a parent may come in and raise an issue. Our education system has plummeted in this country very sadly in part due to and a lot of teachers won't tell you this but it's not unusual for a parent to come in before school starts and confront the principal asking why their child got a poor mark. So some schools are no longer allowed to fail a child and our educational level in the world has fallen. Where we used to be fifth or sixth in certain areas we are now twenty-fourth or lower. More and more people in the business world are telling me that they don't even care if they hire a kid who went to college any longer because these kids aren't prepared for the real world."

"The breakdown of our college age people from their late teens to 20 almost approaching 30; more and more young people, when they go out on dates or what have you, will go where they can dance and the music is very loud and the reason is very obvious; so they won't have to converse because conversation is becoming more difficult for people of those ages, much, much more difficult."

Reflecting upon his own childhood, Kreskin continued on, speaking of the early years which built the foundation of his life and career.

"When I grew up here in New Jersey, my father was making $84 a week working for a battery company. My grandparents came from Sicily and Poland; we lived in a three room apartment, my brother and I slept in the living room and my parents in the bedroom and let me tell ya'; they were some of the happiest years of my life. I did not feel that I had been misgiving something or I was owed something. I grew up in Essex County near Montclair, New Jersey and I have great memories."

Known as "The World's Greatest Mentalist," he has had roles based on him in film and television, his name has been evoked as a synonym for mind reading, ESP, seer and more; he even had his own Milton Bradley Company board game but these aren't the only good fortunes to come from his notoriety.

"I have appeared with the New London Philharmonic because I've been playing piano since I was around five or six years old. Skip Henderson came to me and said, "We'll devote the second half of our program to you and I sat at the piano for the second half of a concert and played with the orchestra. The people who like my playing the best all have hearing deficiencies but that's OK (laughs)."

We've all wished that we could read minds or know what another is thinking but Kreskin can. He relates a story about a New York Post reporter, a stretch limo, several angry NYC police officers and a hidden Robin Leach that had this journalist both laughing and shaking his head in amazement simultaneously. You see, it seems Robin decided to hide in Manhattan and challenged Kreskin to find him, as he recounted the madcap adventure he glowingly spoke of his triumph upon finding Leach on the upper floor of a large building and once again reiterated how he truly enjoys his vocation.

"So I love my work, I recently did a state fair, I've done Carnegie Hall, a corporate event where it was for only four men; they booked me for an hour (laughs). Do you know what the great experience about my work is? I think it's why my career has continued through the years; first of all, when people come to see me they're not coming just to watch a program; they're actually part of the program. I'm working with the members of the audience, I'm reading their thoughts. The last time I was at Carnegie Hall, the place was full and some guy said something to his friend sitting in the fourth level balcony and quietly talking. I have a very high level sense of hearing and it's almost a problem because I can't go into noisy places so I heard exactly what he  said and that kind of brought down the house because people couldn't hear it downstairs let alone the second level balcony. I'm a thought reader, I'm not a fortune teller, I've tried looking at crystal balls and I get severe headaches. So I was doing a show recently where I kept describing a large orange circle, nobody raised their hand so I moved on. Later on I mentioned a name and this gal stood up because it was someone she knew as a kid. So I gave her the address where she lived as a kid for like 40 years. Then I asked her if she wanted to ask me something about an object that she had lost and she gasped and said yes. I couldn't seem to bring whatever unconscious memory it was to the surface so I told her OK just forget about it but I still was seeing a large orange circle. A couple of days later, I get this call from this woman because I had given her my business card and she was almost hysterical. Turns out she was at her house and there was some moving taking place and in the part of the house next to the cellar there was this chart with a tremendous orange circle on it and they brought it forward and there was the trinket she had lost behind the chart on the floor. My career, I get a kick out of it because it's a life of adventure."

Saturday July 27 Kreskin comes to the Lizzie Rose Music Room for a 7:30 p.m. appearance which is guaranteed to stupefy and amaze those in attendance but then again; why should this show be any different? Kreskin does wish it to be known that he has a guarantee of his own.

"One of the peaks of my performances and it will take place at The Lizzie Rose, has to deal with my paycheck. I do this thing where I tell the audience and the venue to hide my check and if I can't find it then I will work for free; I've only been stumped once or twice before."

To discover more about the man who has mystified audiences the world over, please visit www.amazingkreskin.com.