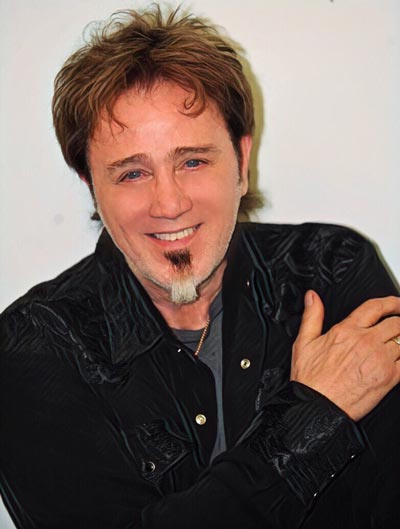 One World; sounds like a great concept doesn't it? After all, we are all living on the same planet and have only one world to call home and despite our differences in religion, race, politics, attitudes and more; we truly are one world.

So; what do you do when that one world is disrupted? What do you do when every country, every human, every government and every business is affected by the same common enemy or in this case pandemic? Where everyone, despite race, creed and/or color has lost a job, an income, a business or worse yet; a loved one.

Franke called some old friends, revisited his past; enlisted the help of entertainers who want to make a difference and came up with "One World Our Song" as a way to help multiple charities during these tough times which we are now all facing.

"It kind of struck me while talking to a lot of my friends and hearing them saying, "I don't have any money to pay my rent, I don't know how I'm going to pay my phone bill, I don't know what the other side of normal is going to look like, I don't know when we are going to be able to gig again," he explained. "I started thinking of how blessed I was because I wrote these songs that are still getting played and I get what I call mailbox money to live on because of "Time of My Life" and "Hungry Eyes" and "Sweetheart" and a few other hits that I've had. I'm really blessed that way and I was thinking; what can I do to help?"

"Then I was doing a radio interview and the jock said to me, "So, this pandemic has really affected musicians and America is really...." and I said, wait a minute; it's more than America. I said, we've become literally one world and when I said those words a light bulb went off in my head. I then remembered that I was chosen right after I had won the Academy Award to do a songwriting summit in Moscow and 25 of us went to Moscow. There was Barry Mann, Cyndi Lauper, Diane Warren, Desmond Child; 25 people went to Russia and we wrote with the top 25 Russian songwriters and at the end of the day 50 songs were written. Well, out of those 50, Columbia Records picked 10 and I got two songs on that record; one was called "One World" and Earth, Wind & Fire recorded it and the other song was by Cyndi Lauper that I wrote. So, at the end of the day I thought, here it is, one world and I'm talking about "One World" and I'm thinking; I've sold my demos for "Hungry Eyes" and "Time of My Life" to raise money for pancreatic cancer, maybe I can raise some money for musicians that are in need."

Now, with the seeds planted; how did he decide which charities to support and what's the next step?

"So, I started looking into charities and I found the Musicians Foundation, The Actors Fund and I said; you know what? I want to cross-pollinize all of these things because those two things are part of our future but so are our children and I found The First Responders Children's Foundation. So, we were getting ready to think about how we were going to put this song out and what we were going to do and I called Pamela Phillips Oland who co-wrote the song with me in Russia with two Estonians and one of them was blind; nobody told this guy he wasn't Ray Charles because when he sang he was so soulful; it was like, wow just listen to this guy sing! So "One World," she said, "Let's re-record it, let's do a new version of it" and I said, alright, let's do that and maybe we can get some stars to sing on it."

"So, she called up her friend John Gilutin who wrote "New Attitude" for Patti LaBelle and he said, "Wow! this song is awesome; let me put it together and let me start reaching out to my friends and you reach out to your friends," so, we ended up getting like 14 people to sing on this song and it came out so unbelievable that I'm taken aback. This song was recorded in people's bedrooms and living rooms and files were sent to John and he built the song. On this track you have Michael Mayo who is Herbie Hancock's lead singer, Ellis Hall who was the original lead singer from Tower of Power, you have Ronee Martin and if you look on the website there's just a myriad of Grammy nominated and Grammy winning singers; Judith Hill who is over the top, she was in "20 Feet from Stardom," a finalist on "The Voice," she has a new album out now; so we have some really soulful singers. So, it gives you a kind of a "We Are The World" moment but more up to date and people are starting to embrace it. Bob Pantano from WOGL plays it constantly and he announces it, "This is our next anthem;" from your lips to God's ears papa thank you," he said with an appreciative chuckle as he continued. "So, it came out a few weeks ago; I held back the release because of "Black Tuesday" when the social injustice was so disturbing to all of us and when that happened, I took a step back. I took a breath and I realized that the picture I was painting wasn't complete so we added the NAACP to be the fourth charity. So, we have four charities and all of them are part of our future; children, music, our history of trying to make peace with each other with the NAACP and the Musicians Foundation. So, that's what I've been doing for the past three months, that's what I'm all about, if you go to OneWorldOurSong.com you get the song for free, I'll give you the song and all you have to do is take a buck and donate to one of these charities and I'll give you the song."

As one who writes songs for a living, Previte is best known for the two aforementioned hits from the blockbuster movie "Dirty Dancing" but is there a different approach in writing songs for sustainable income and writing or in this instance rewriting a song that has the potential to impact the entire globe? Previte answered with a resounding, "Yes!"

"There is a difference between the two," he stated emphatically. "When I originally wrote the song in Moscow it was the coming together of two nations creating one world and it was the first time ever that there was a songwriting summit during the glasnost era in the Soviet Union where they were kind of loosening their tight reins on the people. We were there for nine days with Russian and Ukrainian songwriters; the top songwriters that they had to offer and the connection there was that the music was the common language; music speaks louder than words. We had interpreters that were helping us write these songs but I realized that the two Estonians, Sergei Manoukyan and Mikk Targo that I wrote the song with were basically talking to me in English. I asked; how do you know how to talk to me in English? There's no way that I can speak to you in Russian. They said, "By us really embracing American music and listening to the lyrics in the songs, we taught ourselves how to speak English" and the music was the common denominator back then; there was no pandemic going on, there was racial injustice but it wasn't in the forefront as it is now. When I came home the song was actually recorded by Earth, Wind & Fire but Columbia Records decided that they weren't going to really do much to put that record out. I'm telling you, if you go and look that record up , "Music Speaks Louder Than Words" there are incredible songs and incredible artists; Roberta Flack, Michal Bolton, Cyndi Lauper, there's all these artists that did songs that are on this record. Columbia decided, well, we've got a new regime and the record was the old regime's project so we're gonna shelf it. So, those songs never really were heard and they sat in a drawer until I said, "One World" to myself. I called Pamela, we re-recorded it and I said, let's change the lyrics and let's change the second verse and make it, "This day will pass, hang on my friend, I know we long to dream again" and when you say those words, you're thinking about people in this pandemic dreaming again about going out to hear music, going to a restaurant, going to the beach and when you say dream again as far as what's going on with the social unrest in this county; you think of Martin Luther King, "I had a dream;" so there's both sides of the fence which that lyric kind of stands tall for. I think that the song, without preaching to people but that's the inner guts of the song and as a songwriter I'm telling you what we were feeling when we wrote it."

"One World Our Song" features nine world class musicians along with multiple vocalists including Dorian Holley, Amy Keys and Jersey Shore artist Lisa Sherman among the cast that comprises this outstanding effort.

The song is available on all of the usual outlets, Amazon, iTunes, Spotify and on social media under the title but Previte says the best way is to go directly to www.oneworldoursong.com where you can discover more about the individuals responsible as well as donate to any or all of the chosen charities.