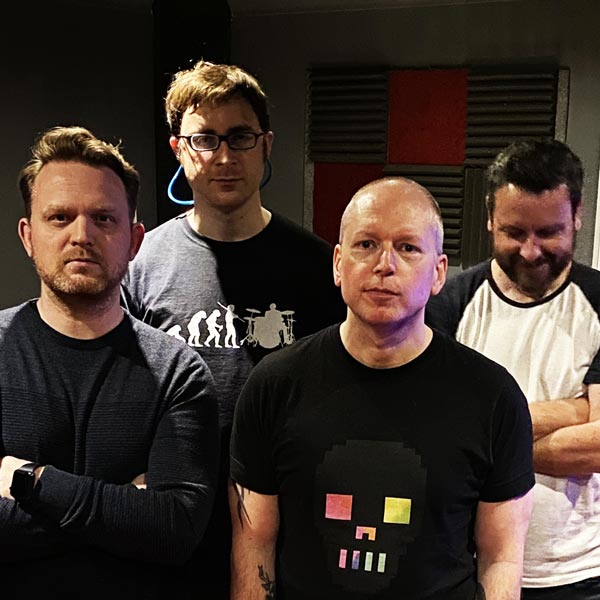 Trash Heads is an alt-rock band based in Kent, UK.  They say they play loud and their songs are catchy as hell! The Penguin Rocks presents this interview with Trash Heads.

How long has the band been around? Is there a story behind the band name? We’ve been together since 2014, although singer AJ and guitarists Mark & Tone have been friends since childhood and been in various bands together since then until forming Trash Heads. We were initially called ‘Trash The Set’ and wrote a song called ‘Trash Heads’ as a dedication to our friends and fans – we ended up thinking it was actually a better band name so switched it up.

Who are the members of the band and what instrument do they each play? AJ sings and plays bass, Mark and Tone rock the guitars and Mike bashes the drums!

Tell me about your latest record. What songs are you most proud of on the record? We recently released our second album ‘Vandalism’, the song we’re most proud of is called ‘Vandals’ which the album was named after – it’s a bit of a departure from our usual songs and even has a string-section. It ends with a chaotic end section which enabled us to spreads our creative wings a bit more. And it’s a bit of an ear worm!

How many records, eps, or singles has the band put out in total? How has the band changed over time? We’ve released two albums and an EP since 2015, I think our songs have become more varied over time but always sound like us.

What was one of your favorite gigs? What made it memorable? We actually prefer smaller more intimate shows, one in particular that sticks out was a packed pub gig which was full of people who were a bit merry and primed for a great show – despite most of them having never seen us before they were singing along to each song which gave us a big buzz.

Where does the band regularly play shows? Where would you like to play if you could? We tend to play mostly local in Kent but also occasionally in London. We’d love to play further around the UK, particularly in the North, but the pandemic has delayed that a bit recently.

What would be the “next step” that you’d like to see the band take? We’ve already written most of our next album during the various lockdowns – we can’t wait to get these recorded for album 3.

Finally, if the band does any cover songs. What artists do you cover? Who would be an artist you haven’t covered yet that you’d like to cover? We actually shy away from cover versions usually – we can never decide which bands to cover! We have recently done some covers for a friend’s birthday party which were ‘Over and Over’ by Hot Chip and ‘Lost Art of Keeping a Secret’ by QOTSA.