Spotlight on The Simple Radicals 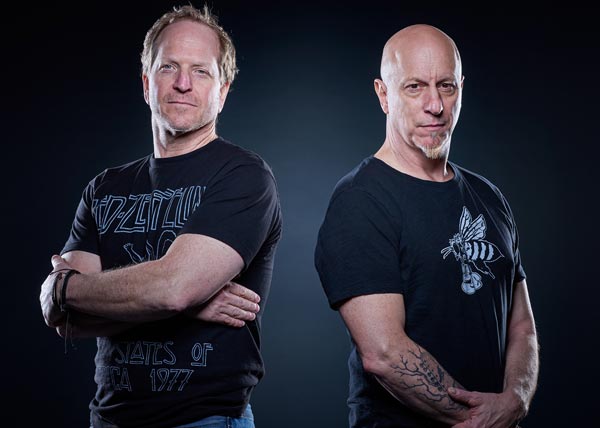 The Simple Radicals are a retro-rock band from the great blues and rock city of Chicago. Their music is influenced by the sounds of Foo Fighters, Pearl Jam, Green Day, Cheap Trick and Tom Petty. The Penguin Rocks presents this interview with The Simple Radicals.

We formed the band in 2019 and was immediately invited to play a festival in Chicago. The Simple Radicals came out of the way my lead guitarist John Griffin and I look at life and music. We’re somewhat non-conformists and non-conventional. We like to look at things differently. Stay simple. But think radical. Hence The Simple Radicals.

Our latest album is titled New Revolution. It’s hard to play Sophie’s Choice in selecting which of your children you’re most proud of but I really like the title track "New Revolution" and the song "Learn" where John Griffin shreds a David Gilmour-esque solo.

In addition to the “New Revolution” album which has eight songs, we’ve also released three additional singles including "Let's See What You Got", "Rich Man Wanna Be King", and a really cool cover of Jefferson Airplane’s iconic song, "White Rabbit". We’ve been really excited on how the band is growing through our songwriting, arrangements, and collaborations.

We had the privilege of playing the iconic Cutting Room in New York City.. It was such an honor performing on the same stage where other great acts performed including John Mayer, David Bowie, Sting and Sheryl Crow.

We want to continue to play more live shows. Our shows have tremendous energy and excitement and our fans (old and new) really enjoy the music and show. In 2022, focusing our attention on playing festivals.

We’ve covered several bands/songs in the past and recently included Neil Young’s “Rockin’ In The Free World", Social Distortion’s cover of “Ring of Fire” and Tom Petty’s “Honey Bee”. I’d love to include a song from one of my favorite bands Pearl Jam like “Better Man” or “Corduroy”.