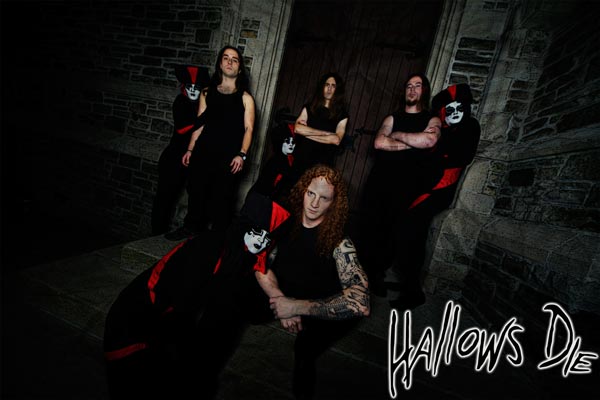 Hallows Die is a band from Mississauga, Ontario, Canada.  They describe their sound as "progressive melodic death metal? We might be missing a few adjectives. We make noise; sometimes it sounds coherent, and sometimes it’s missing a beat." The Penguin Rocks presents this interview with Hallows Die.

How long has the band been around? Is there a story behind the band name? Our earliest incarnation was started in 2006-ish. The current lineup’s been going for just over a decade. The name started as a bit of a play on words, probably delivered with a bad Al Pacino impression. The trick is to avoid looking directly at people when you do it.

Who are the members of the band and what instrument do they each play? Dylan Gowan is our resident skinbasher and cymbalsman; Pat Rogers plays the dweedlies when he’s not making chugs; Gabe Bateman plays the thing that looks like a guitar, but it’s got less strings and isn’t plugged in half the time, sometimes while yelling into a microphone; and Ryan Bovaird does the yelling, chugs, some dweedlies, and even tickles the ivories from time to time.

Tell me about your latest record. What songs are you most proud of on the record? Masks was a difficult birth. I don’t know if we’re ready to pick out a favourite kid just yet - they’ve each got their charms, buried somewhere under the afterbirth. I know that Drs. Jurekk Whipple and Dan Swanö did a fantastic job with the delivery, and that the conception was sloppy and weird, but a lot of it’s still a blur, and these songs aren’t old enough to really shine on their own yet - they’re much better taken as a group.

How many records, eps, or singles has the band put out in total? We’ve got 2 records and 2 EPs: the Hallows Die EP, World of Ruin, the A Serpent in Judecca EP/Single, and Masks. Don’t even look for that first EP - we’re no longer sure it ever existed.

How has the band changed over time? We’ve definitely grown as musicians. Even since recording Masks, we’re a very (slightly) different band - a little more concise in our hooks and melodies, and yet a little more prone to violent outbursts of bombastic nonsense. We’ve definitely learned some tricks along the way.

What was one of your favorite gigs? What made it memorable? There have been so many great shows… It might just be the time of year, but opening one night of the Dave Gold Memorial Shows, and closing the other with some newer and older members of Woods was an incredible experience; plus - despite the circumstances - we forged some pretty solid friendships. Singing happy birthday to Mikael Stanne when we opened for DT’s a great memory… Edmundston and The Elephant Room were fantastic for different reasons. Sorry, that was more than one.

Where does the band regularly play shows? We were “The House Band” in Sudbury for a few years at the Townehouse and the Asylum. The Hard Luck Bar is/was our home-away-from-home when we’re home. 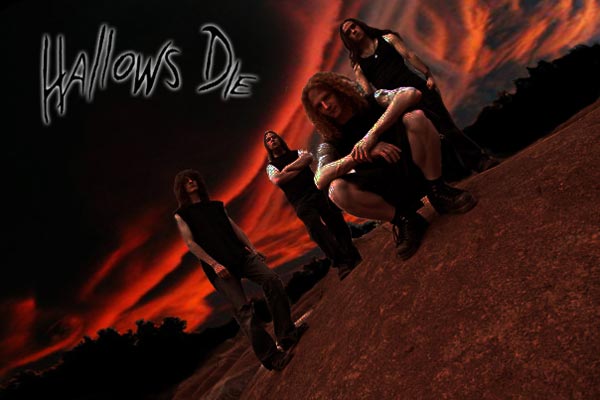 What would be the “next step” that you’d like to see the band take? Releasing the third album and heading out on a U.S. tour seems like an obvious next step. We’re aiming for global domination, but - you know - baby steps.

Finally, if the band does any cover songs. What artists do you cover? Who would be an artist you haven’t covered yet that you’d like to cover? We’ve done a few covers: some Opeth, Arch Enemy, In Flames, even a Woods of Ypres cover once upon a time. We’re working on a few that might blow some minds, but, busting out some Gorod or Archspire might light up a few smirks.