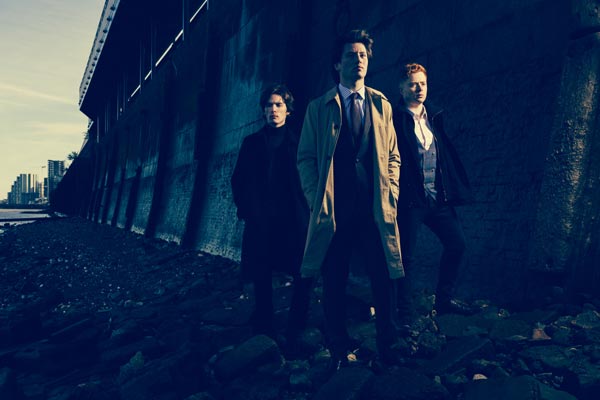 Then band released its debut album in 2018! Our name is inspired by a Small Faces lyric, “rest my eyes in shades of green” we needed a bolt on word to make it original and Faded rolled off the tongue like a limerick.

In August we released a single called Waiting on Tomorrow and we are very proud of the end product as its totally summarises our song in one 3 minute something nugget of americanaesque and distortion laced madness. All to the tune of some rather melancholy lyrics.

We have so far released 5 singles (more on the way!) and one album. Our outlook and style of recording and releasing music has changed over the years. We began as a grassroots DIY band recording our first album in a spare bedroom ourselves, but since then we’ve searched for greener pastures with professionals to completely polish our sound and ascetic.

Our favourite gig so far has been at the Spice of Life Soho for Animal Farm music! The crowd were electric and the atmosphere completely engulfed us to play at our best and most crazy. Really great night. Before that we have a gig at O2 academy islington which was very special also.

We play regular shows in Bromley! And if we could we would go and tour the whole country! Shortly followed by the whole world of course!

Tours, festivals and a march store would be grand additions to the CV for sure. Our songs are hard to pigeon hole, but its there somewhere in a secret sauce in every track of ours. See if your musical tastebuds can pick it out!

Most recently we’ve been covering “Last Nite” by The Strokes, its an indie banger classic that always goes down well with the crowd, we also blew the dust off an old cover recently as a bit of a tongue in cheek cover which was “Sweet Home Alabama” its an oldie, but a great crowd pleaser none the less.