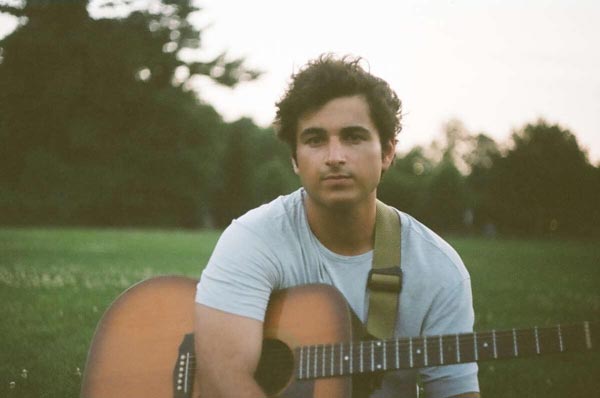 (ASBURY PARK, NJ) -- New Jersey native singer-songwriter Sam MacPherson – who recently signed to Elektra – will be playing a special hometown headline show on Thursday, December 22 at the House of Independents in Asbury Park. Showtime is 8:00pm, doors at 7:00pm.

Through a nuanced approach and unclouded lens, Sam MacPherson will delve into the quietest moments of a tense goodbye or pan across the trepidation of a torrid, yet doomed relationship in his songs. This unfiltered honesty has quietly affirmed him as a notable artist on the ascent with tens of millions of streams and views and a dedicated following of fans. Following early uploads such as “No Bad Memories,” Sam gained traction as an independent artist with the alluring, heartbreaking single “Routine” in 2021. Beyond landing on coveted playlists, it generated 6M+ streams and garnered praise among music blogs. He also served up the Songs for Sam EP highlighted by “Last Minute,” which lit up TikTok and surpassed 10M streams. He carried this momentum into 2022 with singles like “Crash Course” and “Rookie.” Simultaneously, he emerged as a sought-after collaborator behind-the-scenes for Stephen Sanchez, Jonah Kagen, Garrett Nash, and more. He notably co-wrote “Heartbreak Hall of Fame” for Quinn Lewis and “You” for VINCINT. Moreover, he shared stages with Chelsea Cutler and labelmate Jake Scott.

Hailing from Red Bank, Sam absorbed the no-nonsense New Jersey spirit from his surroundings, while his songwriter father gave him a love for music. At college, he taught himself how to play guitar, produce, write songs, and record on his own, approaching music with the same grit and determination he brought to athletics as a D1 soccer player.

Tickets are $17 and available for purchase online.  House of Independents is located at 572 Cookman Avenue in Asbury Park, New Jersey.