With the genuine desire to create a continuation of the FABS early vibe, The Poppermost is the one-man mission of Glasgow multi-instrumentalist Joe Kane - whose attention to detail is impeccable; the structure and arrangements, the playing, the sentimentality is all there along with the in-jokes, creating songs that satisfy your innermost Fab Four desires.

The Poppermost finds Joe in his garage studio playing everything himself. Utilising an array of instruments, microphones and recording techniques, all glued together by bargain basement analogue junk that builds up to the very first Poppermost album, “Hits To Spare.”

Short, sweet and exactly as they used to make ‘em, “Hits To Spare” does exactly what it says on the sleeve. Kicking off with an enthusiastic “1-2-3-4,” the opening track “Egg And Chips,” with its solid back beat-driven Cavern Club stomp and ascending “ah-ah-ah’s” sets the scene for what follows. In just over half an hour, “Hits To Spare” packs in a multitude of double-tracked vocals, three-part harmonies and major sixth endings that’ll leave you giddy and dizzy, dizzy, dizzy Miss Lizzy.

Within these carefully considered grooves there are rockers galore like “Goodnight Georgia Peach” and “Laziest Fella In The Realm.” Then there is the chugging, chiming “Ticket To Ride” inspired “Park And Ride” alongside the romantic balladry of “Get It Down.” Whether it’s the Lennon-like “you wanted the werld and I gave you the werld” here, a woody McCartney bass-line there, a multitude of 12-string chiming George middle eight’s, with everything held in place by a perfect Ringo compressed backbeat, there’s a song for every occasion.

“Ultimately, this album was about making a very fresh, quick and positive pop record, utilising the recording aesthetics and sound of my favourite music,” says Kane, who is currently putting together a live version of the band that’ll be ready to get people twisting and shouting as soon as possible.

Based out of Glasgow, Scotland, Joe Kane stays a busy man and has a busy track record, having recorded under various aliases such as Dr. Cosmos’ Tape Lab (You Are The Cosmos) and Radiophonic Tuckshop (Last Night From Glasgow) while working with countless artists including the late, great Neil Innes (The Rutles), Joey Molland (Badfinger), Alan White (Plastic Ono Band), BMX Bandits and Ette. He can also be heard kick starting the recent Ex Norwegian & Friends tribute album to Liverpool singer-songwriter Jimmy Campbell, Sing Jimmy Campbell with a fantastic take of his classic Rockin’ Horse track “Yes It Is.”

This latest project, The Poppermost, exists to remind us of a time when the world shook to the giddy monophonic thunk of Merseybeat, to a time of Dansettes and desert boots, when R&B didn’t mean Rhianna and Beyonce and an MP3 was Harold Wilson and a couple of his Westminster mates out on the razz down Carnaby Street. 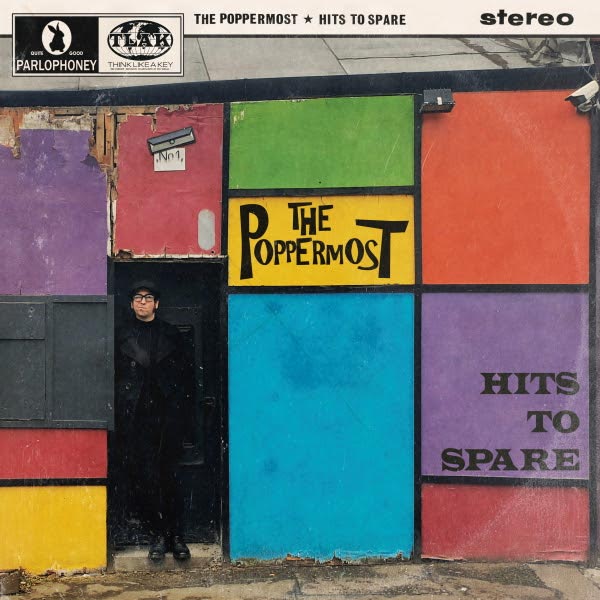