The Pocket Gods Release "The Rich Go Off To Space" 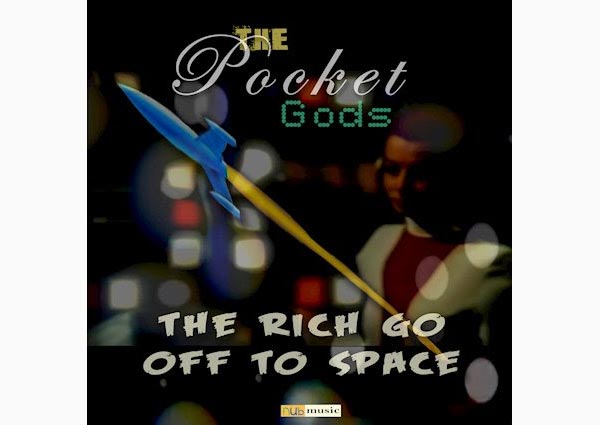 Back in 2017, The Pocket Gods wrote a song about what they saw as the impending billionaire's space race with the likes of Musk and Branson jetting off to Mars and leaving the rest of the Earth to suffer in a dying planet caused by extreme climate change. The song, "The Rich Go Off To Space," is the new single by the cult indie band who will play their first show in 18 months on July 29th at the 100 Club venue in London.

With a reputation for being one of the most prolific band’s in existence, to date The Pocket Gods have released 67 albums and 40 plus singles and EP since their inception. Formed by Noel Storey (keyboards & sideburns), and frontman Mark Christopher Lee, back in 1998, whilst working at Tower Records in Piccadilly Circus in London; they were originally an alt country band (and even had a pedal steel player) before they were misappropriated by bearded Hoxton hipsters into the eccentric wonders they are today.

Discovered by the legendary John Peel back in 2004 shortly before his death, the band’s cult appeal has infected countless quality broadcasters ever since.

Picked up by BBC Radio 1's Huw Stephens when they won his "Gods Of The Pod” competition in 2006, Tom Robinson fell in love with their  lo-fi indie tracks and he invited the band to play a live session at BBC 6 Music in 2010. The band also featured on his BBC Introducing Best Of Discoveries Show in 2017.

Sometimes described as a slightly more tuneful version of Mark E Smith from The Fall and a "Wilful Maverick" (according to Tom Robinson), the band’s latest collection finds frontman Mark Christopher Lee exercising both qualities in spades. Alongside his prolific musical activities, Lee has recently been raising awareness of mental health issues after experiencing a suicide attempt in January 2019. His experience was shown in the band’s own rockumentary - Weird The Life And Times Of A Pocket God - which was released on Amazon Prime and has been described as - "Spinal Tap meets One Flew Over The Cuckoo's Nest."