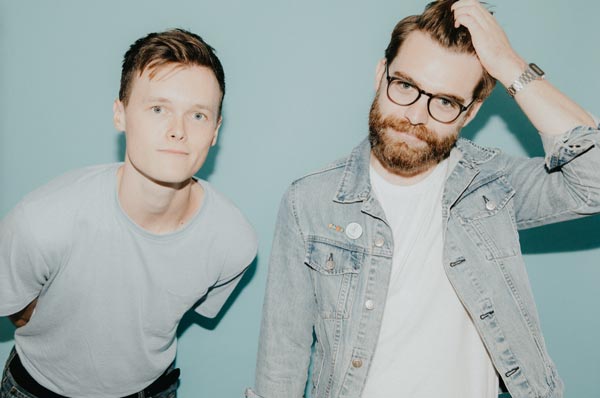 Super Whatevr has released a new song called "melancholyism.". The song is taken from the band's upcoming new full-length 'don't you wanna be glad?' out February 7 through Hopeless Records.

"As an introverted musician I've struggled with finding time to recharge my emotional tank," explains vocalist Skyler McKee on the new song. "This has been a major theme across the EP and first record, and "melancholyism." finishes what I started with 'Good Luck' and Kathrin With a K in hopes of finding someone who I can truly feel "alone" with. This song is a loner's love song to my wife Jess who I feel that I can be with and not compromise my quiet times."

'don't you wanna be glad' is now available for pre-order online. When pre-ordered digitally fans will receive an instant grat download of "melancholyism.', as well as the other previously released songs, "yours truly.", "I wanna be cool. (Feat. Lost Boy), and "better." They will also get a digital download one week before release.

Fans can also watch the official music videos for "better."  and "yours truly."

Produced by Courtney Ballard (Good Charlotte, Waterparks), the 12-song album follows the band's 2017's 'Good Luck' EP and 2018's 'Never Nothing' in both in time and theme. Composed as a linear narrative tracing McKee's path from unrest to inner peace, 'don't you wanna be glad?' calls back lyrical elements from Super Whatevr's previous albums to create as cohesive and deeply personal record as the duo - McKee and drummer Chase Vernon - have ever made. "This album is about the pursuit of joy" McKee adds. "I had to spend time deconstructing what it is that makes me glad."

Super Whatevr will kick off a headline tour with support from Chapel and Happy. Shows start Thursday, February 6 in San Diego, CA at the Voodoo Room at House of Blues. Tickets are on sale now and for the first time, VIP upgrades are available. Fans can purchase at www.superwhatevr.com