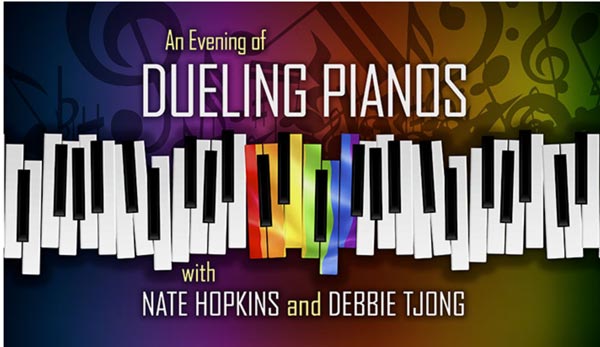 The STNJ Pride event will feature an audience interactive dueling pianos performance which will allow audience members to request songs. The event will also include giveaways and special guest appearances. Those who sign up for the event will automatically be entered to win a variety of prizes, including gift certificates to Fiddleheads Restaurant in Jamesburg or Robert’s Florals in Highland Park; the Pride 2021 Everyone is Awesome LEGOÒ set; a $50 Visa gift card, courtesy of Argentino Fiore Law & Advocacy, LLC; State Theatre swag; or State Theatre show tickets.

Debbie Christine Tjong is a multi-instrumentalist, singer, and actress. An alumna of Berklee College of Music, she has been working professionally as a singer and dueling piano player for 10 years. In addition to piano and voice, she plays the bass, guitar, and drums. She has appeared in numerous Off-Broadway productions, most recently being in the ensemble and understudying the female lead in The Wrong Man, helmed by the team of Hamilton.

Nate Hopkins is a singer, pianist, entertainer, and actor. An alumnus of Berklee College of Music and the Upright Citizen’s Brigade Theater, he has been seen in dueling piano venues across the country, notably as the entertainment director of Howl at the Moon NYC. He has appeared onstage as an actor and musician in Broadway’s Bandstand, as well as off-Broadway’s What’s It All About: Bacharach Reimagined. He has also served as music director for Imperial Cities, as well as the theatrical productions of Eastbound and When Change Comes.

Victoria Lace is an entertainer and New York native with 34 years of artistic experience. She began her drag career as a background dancer for other well-known queens, and eventually branched out on her own. Her career took off after winning pageants all across the country. Aside from dancing, Victoria developed her skills impersonating artists such as Gladys Knight, Donna Summer, and Tina Turner. She has appeared in films such as To Wong Foo, Stonewall, and American Gangsters.