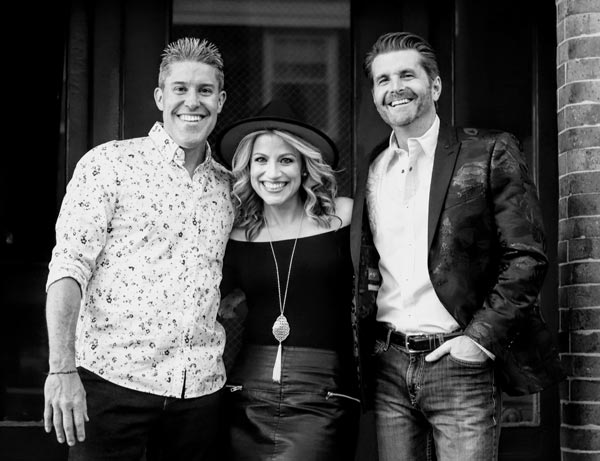 (WESTFIELD, NJ) -- Union County-based country band Southpaw has had a string of successes since launching their debut album “Unhitched” in February. Their self-produced album peaked at #3 on Amazon’s Hot New Country Releases chart, they’ve gained radio play around the world, and now they are a national finalist in the Jack Daniel's Battle of the Bar Bands, sponsored by iHeartRadio.

Just 46 bands nationwide were chosen for the competition. One national winner will receive a $10,000 check and an opportunity to perform on an iHeartRadio stage. Voting is open to fans until 11:59pm on July 25, the same day Southpaw will take the stage at the NJ Festival of Ballooning, which also features headliners Styx and Barenaked Ladies.

“We’re really excited to be in the running for this honor, especially with all the extra hard work it took to produce and release ‘Unhitched’ in the headwinds of the COVID pandemic,” said lead singer Christine Radlmann.

Southpaw’s early success is a testament to the pluckiness of the New Jersey trio, who draw on an unusually wide range of skills beyond music, including broadcast production, videography, film editing, web site design, and social media marketing, to carve their own path in country music from the heart of New Jersey.

“Most people don’t think of country music when they hear New Jersey. But early country never would have happened if not for Victor Records in Camden signing Jimmie Rodgers and the Carter family,” said Southpaw guitarist Colin McConnell. Added keyboardist Sean Garnhart, “Country music is really about what’s in the heart, not where you’re from, and that’s why it’s so popular all over the world.”

Southpaw gained entry to the Jack Daniel's Battle of the Bar Bands with their intoxicating honky tonk country single, “Ain’t As Easy As You Drink I Am.” Said Radlmann, “Let’s just say it’s a tongue-in-cheek homage to every guy who ever got a little too confident when drinking at the local watering hole.”

Southpaw is presently starting its first tour and producing its second music video, which follows a video for their single “Within You” that quickly gained 15,000 views on social media.