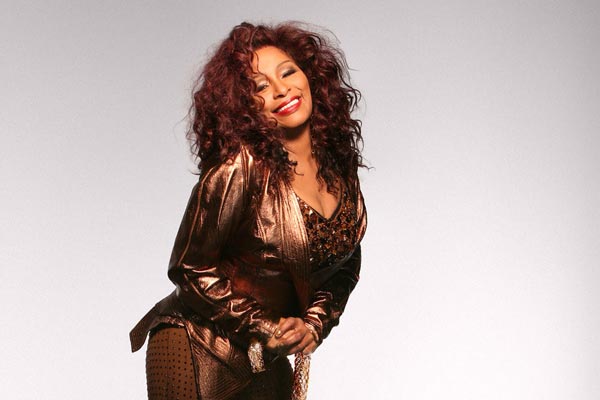 (NEWARK, NJ) -- New Jersey Performing Arts Center (NJPAC) presents Chaka Khan with special guest Leela James on Saturday, November 6, 2021 at 8:00p.m. The reigning Queen of funk, soul, and R&B -- and ten-time GRAMMY® winner -- Chaka Khan returns to NJPAC for what’s sure to be a classic concert, featuring such iconic hits as “I Feel for You,” “Through the Fire,” “I’m Every Woman,” “Ain’t Nobody” and others.

“The influence of a vocal institution such as Chaka Khan never fades far from the minds of millions of fans… She makes each tune she touches a standout that is hard to resist, and even harder to forget.” –Soul Tracks

Chaka Khan is one of the world’s most gifted and celebrated musicians, with a rich musical legacy, the 10-time GRAMMY® Award-winner is looking forward to a celebration of a lifetime. A songwriter, actor, author, philanthropist, entrepreneur and activist, Chaka Khan has influenced generations of recording artists. She has the rare ability to sing in seven music genres, including R&B, pop, rock, gospel, country, world music and classical. Affectionately known around the world as Chaka, she is revered by millions of fans as well as her peers for her timeless, classic and unmatched signature music style and ability. The late, great Miles Davis often said, “She [Chaka] sings like my horn.” And the Queen of Soul, Aretha Franklin says, “[Chaka] is a one- of- a -kind, premier vocalist.”

Throughout her legendary career, Chaka has released 22 albums and racked up ten #1 Billboard magazine charted songs, seven RIAA certified gold singles and ten RIAA certified gold and platinum albums. Chaka’s recorded music has produced over 2,000 catalog song placements. “I am honored and blessed to celebrate 40 years in music and entertainment,” says Chaka. “I am so humbled by the love, support and gracious spirit of my fans worldwide and the continuous support my peers have shown over the years. Throughout my 40-year career, I have been through the fire a few times over and I’m still here as a living testament to God’s love and grace. Next year, I will be celebrating 40 years in the business and 60 years on earth, which equals one hundred percent Chaka.”

Early on, she caught the attention of music icon Stevie Wonder, who penned her first smash hit with Rufus, “Tell Me Something Good.” The single from the group’s 1974 platinum-selling album, Rags to Rufus, earned Chaka her first GRAMMY® Award. With Chaka as the group’s dynamic center, Rufus became one of the most popular acts around selling out shows throughout the country and dominating the airwaves with hit after hit with songs such as “You Got the Love,” which Chaka co-wrote, “Once You Get Started,” “Sweet Thing,” “Everlasting Love,” “Do You Love What You Feel?” and “Ain’t Nobody,” Chaka’s second GRAMMY Award-winning song with Rufus. Rufus and Chaka Khan racked up five RIAA certified gold and platinum albums during their time together.

It was inevitable that a singer with Chaka’s star power would eventually venture out on her own. In 1978, Chaka blazed onto the music scene as a solo artist with the release of the smash hit “I’m Every Woman” written by Ashford & Simpson. Paired with the late producer extraordinaire, Arif Mardin (Aretha Franklin, Bette Midler), her catalog grew even more impressive with hits such as “Clouds,” “Papillon,” and “What ‘Cha Gonna Do For Me?” It was during this time that Chaka began pursuing her love of jazz. She and Arif brilliantly re-worked the classic song “Night in Tunisia” with the song’s originator, Dizzy Gillespie, on trumpet. Chaka also recorded an album of jazz standards titled Echoes of an Era, which featured such luminaries as Chick Corea, Stanley Clarke, and Lenny White. Her crowning achievement in jazz was the GRAMMY® Award-winning tune, “Be Bop Medley.” The song’s album, titled Chaka Khan, also won a GRAMMY® for Best Female R&B Vocal Performance.

However, the song that made Chaka Khan a household name and propelled her to superstardom the world over was “I Feel For You,” written and first performed by Prince. This chart-topping, GRAMMY® Award-winning song also made music history. Released in 1984, it was the first R&B song to feature a rap, which was performed by Grandmaster Melle Mel. Chaka also topped the charts with “This Is My Night” and the instant classic, “Through The Fire.” Now in top demand, Chaka lent her voice and producer skills to two of the biggest hits of 1986, Steve Winwood’s “Higher Love” and Robert Palmer’s “Addicted to Love.” Both were GRAMMY®-winning songs.

In 1995, she made her musical theater debut on London’s West End, where she starred in Mama I Want to Sing. In 2002 she traveled to Las Vegas, where she starred in Signed, Sealed Delivered, a critically-acclaimed musical based on the music of Stevie Wonder. Her Broadway debut came in 2008 when she took over the role of Sofia in Oprah Winfrey’s musical The Color Purple.

Chaka’s emotive vocals can also be heard on a number of soundtracks, including Clockers, Set It Off, To Wong Foo, Thanks for Everything, Julie Newmar, Miami Vice, White Knights, Moscow on the Hudson, Disappearing Acts, Waiting to Exhale and Standing In The Shadows Of Motown, as well as Tyler Perry hits Madea’s Family Reunion and Meet The Browns.

During her career, she has collaborated with a long list of artists in diverse genres. Collaborators have included Miles Davis, Quincy Jones, Dizzy Gillespie, Stevie Wonder, Prince, Steve Winwood, Mary J. Blige, George Benson, Larry Graham, the London Symphony Orchestra and countless others. Chaka has received a steady stream of accolades for both her artistry and philanthropy. In June 2012, she was inducted into the Hollywood Bowl Hall of Fame, joining previously inducted music greats such as Frank Sinatra, Liza Minnelli, Stevie Wonder, Garth Brooks, Bonnie Raitt, George Harrison, B.B. King, Carlos Santana, Donna Summer and Kathleen Battle. In 2011, she was honored for her legendary career with a star on the Hollywood Walk of Fame. During the same year, Chaka was honored with the United Negro College Fund’s An Evening of Stars Tribute. The program, which was televised on cable networks and broadcast stations in more than 40 cities nationwide, featured tribute performances by Stevie Wonder, Fantasia, Ledisi, El Debarge, Faith Evans, Angie Stone, Ginuwine, Chaka’s brother, Mark Stevens, and her daughter, Indira Khan, among others. In recent years, Chaka also received the Soul Train Legend Award (2009), the BET Lifetime Achievement Award (2006), the GRAMMY® Honors Award from the NARAS Chicago Chapter (2006) and the World Music Award Lifetime Achievement Award (2003). In 2004, Chaka received an Honorary Doctorate of Music from Berklee College of Music. Chaka’s autobiography, Through the Fire, was published by Rodale Books in 2003 and is currently being adapted into a screenplay.

Despite her busy schedule, Chaka has always made time to support and uplift her community. She has a deep commitment to women and children at risk, which led her to establish the Chaka Khan Foundation in 1999. Initially, the foundation focused primarily on public awareness campaigns around the diagnosis, intervention, and available family resources and the search for a cure for autism. Her efforts were particularly aimed at communities of color and other underserved communities, where awareness about this disorder is low. Her work in this area was inspired by her nephew who has autism and who Chaka describes as “gifted and beautiful and so full of life.” She later expanded the mission of the foundation to focus more broadly on women and children at risk. In July 2012, Chaka received the McDonald Corporation’s 365Black Award, honoring her for her leadership of the Chaka Khan Foundation.