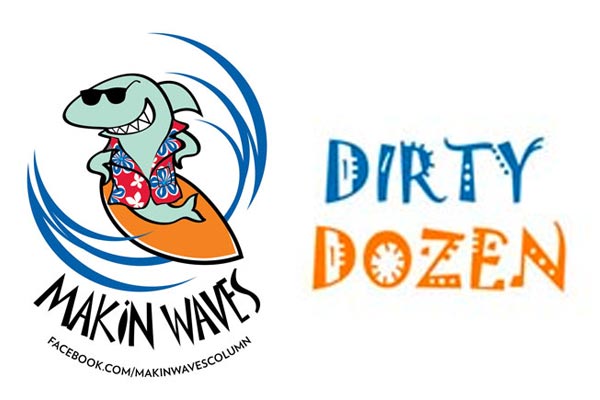 A third of the acts simply expertly promoted themselves with live and virtual performances, music videos, podcasts, social media, contests, and other promotions. Others did the most of the same in support of new music that was a challenge to record and release. Yet, the scene was prolific with nearly as many offerings as last year. Many picked up the gauntlet and, if they didn’t already know, taught themselves how to record on their own equipment.

Anthony Krizan Band — Whether from Mayo Performing Arts Center in Morristown or Anthony’s Sonic Boom Studios in Raritan Borough, this all-star band put on many of this weird ‘n’ wacky year’s hottest shows. With more than two dozen to their credit, most can be viewed at https://youtube.com/c/AnthonyKrizanMusic.

Blaise — With pianist-composer-arranger David Ross Lawn, the Asbury Park alt-crooner got musically naked with “Velvet Noir // Stripped,” a spirited whittling of his 2018 LP. Blaise then released the beautiful video for “Not for Sale,” a single from a forthcoming album. Enjoy Blaise & David at What a Wonderful Year on Dec. 28 & 29 at https://www.telegraphhillrecords.com.

Brian Erickson — Always a strong presence in the local scene musically and media-wise, Brian took matters into his own hands producing two of the year’s best albums: his one-man-band solo debut, “Little Secrets,” and the massive “Demos for a Difference” social justice charity comp. Be on the lookout for a second solo LP soon. In the meantime, he’ll host Wonderful Year.

The Foes of Fern — This solo project of Asbury scene veteran and 2020 Makin Waves Guitarist of the Year Matt “Fern” Fernicola released a massive debut LP with 50 players and promoted it with several crafty videos. Enjoy The Foes of Fern at Telegraph Hill Records annual What a Wonderful Year celebration on Dec. 28 & 29 at https://www.telegraphhillrecords.com.

The Happy Fits — The Clinton-based indie-pop trio’s sophomore LP, “What Could Be Better,” lives up to its title by being the charming cello-driven combo’s best work yet. While silly and fun as ever in a sea of videos, The Happy Fits demonstrate maturation with songwriting and playing that adds dimension to an album that landed them at No. 3 on National Public Radio’s Top 10.

Mike Montrey Band — The 2018 Makin Waves Male Artist of the Year followed his masterful “John Street” LP with another bountiful country-soul outing, the nationally charting “In the Middle of Hope.” The uplifting six-song collection spawned two tasty videos and could be heard live in several entertaining livestreams throughout the year by Mike’s crackerjack roots-rockin’ band.

The Outcrops — The Makin Waves Band of the Year and one of the hardest-working acts in the Jersey scene who couldn’t be stopped by a pandemic. Look for a video to drop any day and an album eventually to follow. In the meantime, enjoy them Dec. 27 at The Stomping Ground in Putnam, Conn.

Reality Suite — No New Jersey band promotes better than this female-fronted North Jersey hard rock outfit. This year’s “Cut, Burn, Bruise” EP was to be followed by a world tour. Instead a variety of effective videos were released. Meanwhile, front woman Kimmii Heart is in the running as the cover girl of the annual WRAT Rock Calendar. Look soon for a new single, “Triggers.”

Bruce Tunkel — The prolific Central Jersey singer-songwriter and Makin Waves Songwriter of the Year outdid himself with two outings that add greatly to his catalog. The “American Patriot” EP is a skewering of American fascism and the 18-song “Us” is a confessionally reflective examination of the fragility of hearts and minds.

Well Wisher — The Dirty Jerz should be proud of this exceptional indie outfit who nabbed attention from National Public Radio with “Halfway Heart” and "Walk Away" - two of  three double singles released by indie label 6131 Records.

Williams Honor — The Asbury/Nashville-based “Jersey Country” duo placed in the top 25 of Pollstar’s year-end livestream chart with their “The Willi Ho Show.” Voted best Jersey band by 94.3 the Point, Williams Honor will play Feb. 21 at the new Vogel space at Count Basie Theatre in Red Bank. The show will include the new single, “Step,” and other songs from a forthcoming LP.