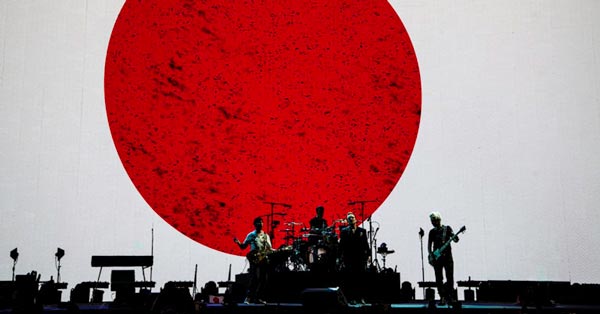 Live Nation Entertainment, the world’s leading live entertainment company, further strengthens its ongoing commitment to Japan with the appointment of industry veteran Kei Ikuta to the position of Senior Vice President of Live Nation Japan. Based in Tokyo, Ikuta will focus on touring both international and domestic acts in Japan  and will report into Live Nation Japan President, John Boyle.

With over 17 years of experience, Ikuta is a highly respected executive having most recently served as Vice President at UDO Artists. Over his career, Ikuta has worked on the tours of the very biggest and best international names in Japan including the Rolling Stones, Bon Jovi, Aerosmith, David Bowie, The Eagles, Destiny’s Child, Beyoncé, Maroon 5, John Mayer, Norah Jones as well as local legends X Japan and Yoshiki.

John Boyle, President, Live Nation Japan said: “We have made immense progress in Japan over the last couple of years bringing an increasing number of artists to Japan, from clubs shows to 50,000 capacity shows at the Tokyo Dome. By welcoming Ikuta, an esteemed industry veteran into the team, we are furthering our commitment to the Japanese touring market while enabling us to really move our business forward to meet the ever-growing demand for international concerts.”

“Japan’s live entertainment market continues to thrive, and Live Nation has fast become a serious player in its growth and success. I’m extremely proud to be joining the talented team here at Live Nation and will work with them to bring more world-class acts to the region and connect the biggest and best acts both locally and globally to even more fans in Japan,” said Kei Ikuta, Senior Vice President of Live Nation Japan.

Recent shows brought to Japan by Live Nation include U2, Mumford & Sons, Bon Iver, Carly Rae Jepsen, Dave Chappelle, Cheap Trick and Dua Lipa and upcoming shows in 2020 include Billie Eilish, Green Day, Yungblud, Halsey and Tori Kelly with many more to be announced. In 2019, Live Nation Japan brought Download festival to Japan and this year the world’s biggest rock and metal festival brand returns with My Chemical Romance.