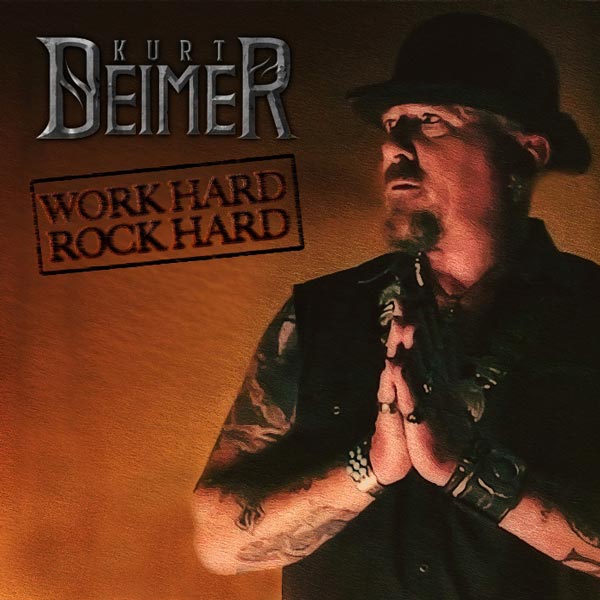 “’Naive’ was written as therapy to get all the negativity out of my system from all the people who would latch onto me for all the wrong reasons when I started in music,” says Deimer. “Even though it led me to where I am today, it would have been nice to have people around me from the beginning that just weren’t in it for the money. If you want to be an artist, you have to be prepared to deal with people who don’t have your best interest at heart - so don’t be naive. This is also the first song where I wrote lyrics, handed them to Phil, he had a riff, and we had that ah-ha moment. It was really special. That’s why we close with it every night.”

"Shooting the video for ‘Naive' was a fun experience,” adds director Paul Boyd. “We shot at FD studios in downtown Los Angeles, and created a vintage boxing ring setup that worked perfectly for the high energy performance that saw Kurt and Phil rock out in the ring like the two prizefighters they are - true warriors of rock and roll here to kick ass. We also filmed on the streets of Hollywood at midnight with a gang of vampires chasing our Hollywood diva. ‘Naive' is the third part of a video trilogy with ‘Burn Together’ as the second part, and another video that opens the trilogy, but has yet to be released. This narrative reveals the climax of the story, where our Hollywood diva succumbs to the dark side. Working with Kurt and Phil is a blast, they know what they want and I rise to the challenge to capture it. I love their aesthetic. It’s time for a resurgence in good old rock and roll!"

Currently on tour with Geoff Tate - and scheduled to appear on the Shiprocked cruise in January 2022 - Deimer released his debut single “Burn Together (featuring Geoff Tate)” this summer. The first taste of ‘Work Hard, Rock Hard,’ the single features Tate on vocals and a video also directed by Boyd. The track debuted at No. 3 most added on the Billboard Mainstream Rock Indicator Chart and No. 4 most added on the Foundations Secondary Market Rock Chart, and currently sits at No. 9 overall on the Foundations chart and No. 21 on the Indicator chart. It’s been only two weeks since the track advanced to monitored airplay, where it has reached No. 57 on the Billboard Monitored Mainstream Rock chart and No. 59 on the Mediabase Monitored Mainstream Rock chart.

Kurt Deimer is a modern-day Renaissance man. He has filmed a feature length movie aimed to launch his ‘Hellbilly Hollow’ horror franchise, recorded more than two dozen songs with the legendary Lord-Alge, and is co-managed by Andy Gould, the former manager of Rob Zombie and Guns N Roses, and Paul Gargano, the manager of Stephen Pearcy, Drowning Pool, and the revitalized Metal Edge brand. Deimer’s inspiration is to make the world a better place, promising change instead of cataclysm and delivering hope instead of hubris.