Hopewell Theater To Reopen With Danielia Cotton On September 10th 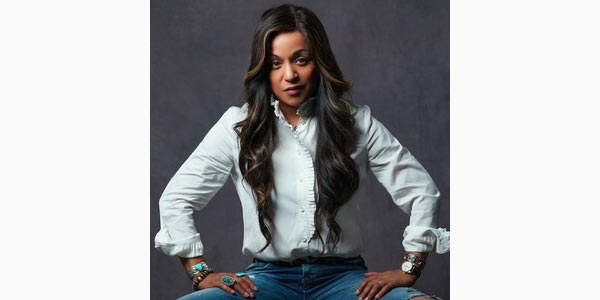 (HOPEWELL, NJ) -- After a year and a half pandemic shutdown, Hopewell Theater is reopening its doors on Friday, September 10 at 8:00pm - the date of the Theater’s four-year anniversary - with a grand reopening show featuring international recording artist and Jersey native Danielia Cotton.

The event begins with a pre-show party at 6:30pm, followed by an 8:00pm celebration performance by Cotton. All attending patrons will receive a free gift, courtesy of the artist and HT. Light refreshments will be available for purchase at concessions.

Cotton, a rock singer-songwriter born and raised in Hopewell, returns to the Theater for this celebratory concert alongside national recording guitarist Matt Beck, and founding member of The Spin Doctors, drummer Aaron Comess.

“Happy to be a part of the official reopening of my hometown theater post COVID lockdown,” Cotton says. “It is my honor to once again perform in this small but mighty theater that has become a true gem in the town I grew up in.”

Hopewell Theater celebrated its first grand reopening in early September of 2017 after new owners rescued the building from extreme disrepair by performing an extensive renovation of the landmark 176-seat theater. A new production company came in to redesign and operate the Theater, a partnership between Mitchel Skolnick and Sara Scully, ScullyOne Productions. Following Skolnick and Scully’s 2017 renovation and reopening of the Theater, HT gradually became the area’s most intimate dine-in venue to meet friends and get inspired by a selectively eclectic array of shows, from live music, live comedy to indie film. The Theater also received awards for its 2017 redesign from Qualified Remodeler Magazine and a Good Neighbor Award from New Jersey Business and Industry Association for improving New Jersey’s economy and landscape.

In March 2020, however, live venues were among the first wave of businesses forced to close their doors for safety purposes under State Executive Orders, when the Covid-19 pandemic hit New Jersey. Only recently, this past May, were live venues allowed to reopen at full capacity without State-mandated restrictions.

Despite State and Federal promises for financial aid, NJ indie venues have yet to see the relief funding, despite being among the first to close and last to open. Not all venues have survived the pandemic, and many will struggle to reopen after over a year of being closed.

Hopewell Theater was among the venues fortunate enough to make it through to the other side of the pandemic.

“We are relieved to be reopening and grateful to our patrons for their support during this long shut down,” says Sara Scully, Executive Director and Co-Founder of Hopewell Theater. “We cannot wait to see everyone together again in our theater at our reopening celebration, September 10.”

The Theater will reopen at full capacity with an eclectic lineup of programs all while taking necessary precautions for the safety of its patrons, staff, and artists, including HVAC upgrades among other health measures.

Tickets for the reopening celebration go on sale to theater members Tuesday, June 29 and the general public Tuesday, July 6. Tickets are $30-35 ($36 on day of show), and can be purchased here.