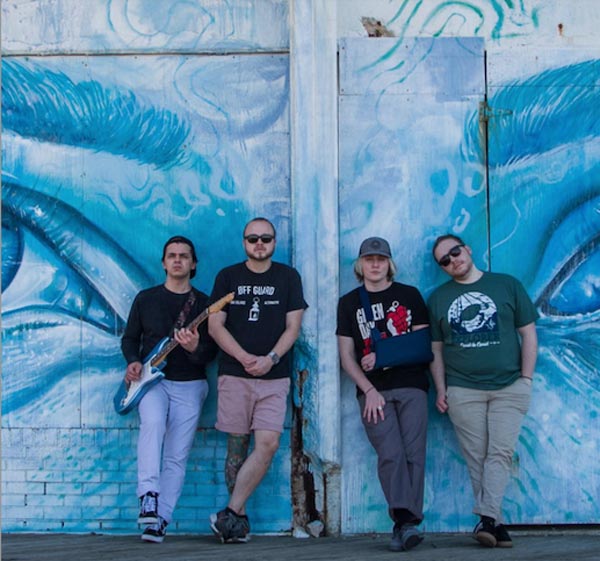 New Jersey band FRND CRCL (pronounced Friend Circle) have just released their new single "Complications" - a song the band says is a big move forward for them.  They wanted to create a song that would hit as soon as someone first hears it.

In a press release the band said, "Seeing the revival of pop punk across the board during the height of the pandemic, we wanted to make our own breakthrough into the modern pop punk scene and do it in our own way. 'Complications' is everything good and loved about previous FRND CRCL music, brought up to speed with the modern world of pop punk. Hopefully to be, the next certified banger on your playlist."

Of the new video the band states, "The 'Complications' music video was a lot of fun to make. The entire video was filmed in an industrial sized blueberry refrigerator and yes, it was freezing! Our video director, Kurt (Sirius Cinema) had built this big blue wall for us. This thing was pretty massive considering it was built in only a few hours. We were able to film nearly all of the shots in front of it and it made the video/artwork aesthetically pleasing across the board!"

"The concept of the video was pretty simple: Let’s literally 'run into complications' and have our gear stolen out from under us in the middle of playing the song! We knew from the beginning that we wanted to include security camera footage in the 'heist.' And we were able to pull it off by using a pretty big vertical camera mount. We used that in various locations across this huge warehouse like refrigerator. Our drummer, Aaron, actually had to help Kurt by holding his phone screen so that he could see the broadcast of where the camera was aiming.

"At the end of the day, we were cold, tired, and probably hungry.. but it was definitely worth every minute and we think it’s our best video to date! We’d like to thank Kurt for all of his hard work and also to our beautiful actresses (Erin, Kenia, and Kenyia) for helping us make the vision a reality!"

FRND CRCL, (pronounced “Friend Circle”) is the pop in pop punk. The band made a name for themselves with the release of their Sophomore album “Internet Noise.” Now firing on all cylinders with their latest signing to Vinnie Fiorello’s (Less Than Jake) record label “Lost Music Collective,” the boys delve deeper into their artistry than ever before to carve their niche into the realm of pop punk. After releasing their sophomore album “Internet Noise” in May 2020 and gaining more support than ever before, the boys in FRND CRCL look to raise the bar even higher with their next single “Complications”. In the post pandemic life, plans include multiple tours, new merchandise and new music to finish 2021.