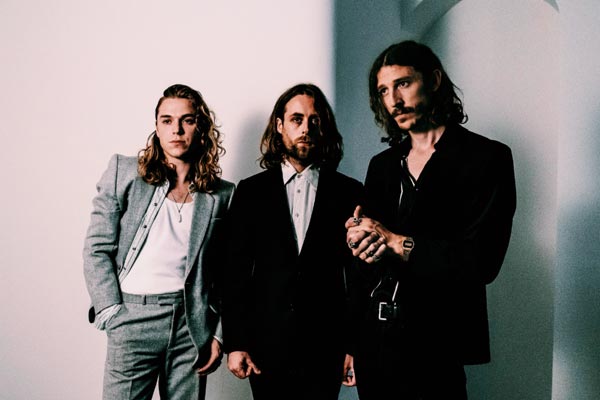 English alternative rock band, Demob Happy, have announced they will be hitting the road this fall for their fourth North American tour. The band will be supporting Band of Skulls kicking off on September 1 in Nashville, TN and wrapping up on October 6 in Los Angeles, CA.  Locally they will be at Webster Hall in New York City on September 16 and Union Transfer in Philadelphia on September 18.

Last month, Demob Happy released a single entitled "Autoportrait" which is now available to listen to across streaming services here. The song has been added to some of Spotify's biggest rock playlists including Rock This, All New Rock, New Noise, and more. On the forthcoming tour, the band will be selling a limited 7", featuring both "Autoportrait" and the band's previous single, "Less Is More."

"Autoportrait" sees the Brighton via Newcastle trio kinetically charged. A wide-eyed joyride into fearless sonic territories anew, remolding their anthemic, dynamic garage rock with startling effect. It follows an appearance opening the main stage at London's All Points East, dubbed "confident, assured massive, a long way from the impromptu shows the trio used to play out of the back of their van," by DIY Magazine.

The band has previously shared the stage with artists such as Jack White, Nothing But Thieves, Royal Blood, Frank Carter & The Rattlesnakes, and more, and have been heralded by publications such as Upset Magazine, DORK, and DIY Magazine to name a few. With over 500K monthly Spotify listeners, and over 6M streams across the band's previous record, Holy Doom, a highly anticipated third album is expected for Spring 2020.