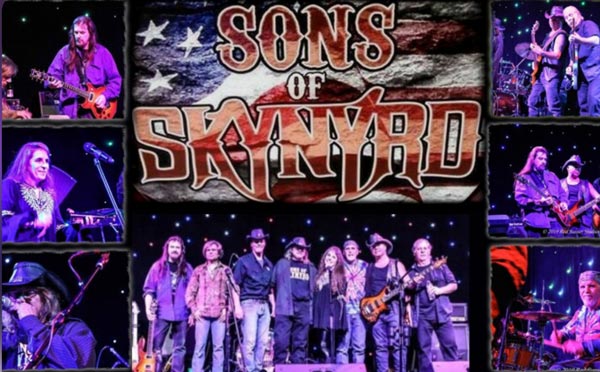 (BOUND BROOK, NJ) -- The Brook Arts Center presents Sons of Skynyrd - one of the most authentic Lynyrd Skynyrd Tribute Bands in the North East - on Saturday, June 12 at 8:00pm.  The band was created from the very best Skynyrd players from different tribute bands brought together to form one band to do what they do best, playing Lynyrd Skynyrd music as a collective force.

Sons of Skynyrd gives their audiences the experience of being back at a concert of the original Lynyrd Skynyrd lineup. The band takes great pride in performing every nuance of the songs that made Lynyrd Skynyrd an iconic name in classic southern rock music.

The band is currently featured performing in the Netflix Emmy Award nominated movie Unbreakable Kimmie Schmidt vs. the Reverend written and produced by Tina Fey.    They also have some great guest appearances at their shows by some of the other truly amazing musicians around - and it's always a surprise because you just never know who is going to show up!