Born Without Bones Release 'Pictures Of The Sun' EP 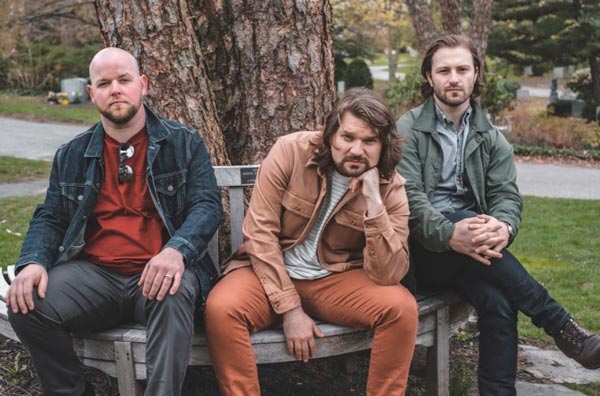 (MILFORD, MA) -- Born Without Bones have officially released their new EP ‘Pictures Of The Sun’ which is available now to stream digitally on all streaming platforms. It includes the new song “Disappearer” and re-imagined versions of previous releases, breathing new life into some of the band’s best songs. Stream it here.

Last month the band signing to Pure Noise Records and released the official music video for “Disappearer”, which is seen below.

The EP marks the culmination of the trio’s tenure as a staunchly DIY band, as well as the start of an exciting brand new chapter. Four of its five songs have all been previously released, with one written years ago but never actually recorded. All of them offer deep insight into the band’s decade-long career, but have been refreshed and re-recorded for this EP. As such, they’re both like an old friend you haven’t seen in years, but also a new one you feel you’ve known your entire life.

“The concept behind ‘Pictures Of The Sun’ was to approach our past catalogue from a retrospective and revisionist point of view,” says the band.

Haunted by the ghosts of past relationships and the aching, desperate loneliness that comes with a break-up, Ayotte pours everything into that song, laying it all on the line with his vocal delivery while the band match his pathos with their emphatic performance.

Pre-order the vinyl re-issues and the new EP ‘Pictures Of The Sun’ at: https://smarturl.it/BornWithoutBones

With all five of these songs, Born Without Bones have taken the past and expertly reshaped it into the present, but very much with an eye on the future. The result, truly, is the end and the beginning of something very special indeed.

Fans can stream the band’s previous albums ‘Say Hello’, ‘Baby’ and ‘Young at the Bend’ now on all music platforms.