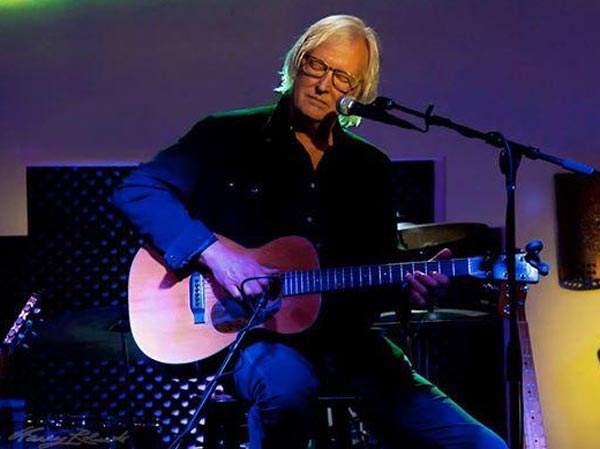 "Wide Eyed and Innocent" a recently unearthed track from acclaimed Texas-based singer-songwriter and musician Al Staehely (Spirit, the Staehely Brothers) was released on August 27, 2021, along with a newly recorded version of the song. The track serves as a precursor to the upcoming release of rare solo recordings from Al's days in Los Angeles, descriptively titled 'Post Spirit 1974-1978 Vol. 1.' out on October 7th.

While known to many as the lead vocalist, bass player, and principle songwriter on Spirit's fifth album, 1972's 'Feedback', Staehely went on to enjoy a lengthy career in bands like the Staehely Brothers, and The Nick Gravenites / John Cipollina Band, while also writing songs for the likes of Keith Moon, Bobbie Gentry, Patti Dahlstrom, Nick Gravenites, John Cipollina, Marty Balin, Peter Cox and Hodges, James & Smith and more. A segue into a successful career as a Houston, TX entertainment attorney hasn't deterred Staehely from continuing to write and perform music regularly, which he does to this day.

The original track 'Wide Eyed and Innocent', an audio time capsule that captures the essence of 70's Southern California rock, was recorded in 1978, while the re-recorded version of the song was done during sessions in Marfa, TX in 2020, offering a unique contrast between Staehely's storied history and his exciting future.

Looking back at his early days in Malibu and Laurel Canyon, Al laughs, “We were wide eyed- but not that innocent!”

Staehely is very likely the only person on the planet who has both played Carnegie Hall and provided legal services for Stevie Ray Vaughan.

“I was in a band at the University of Texas with two law students who were older than I,” says Staehely. “We played good-paying gigs every weekend, and when it was time for me to graduate and go to med school at a college in another city, the two law students in the band said, ‘You can’t do that! You’re our lead singer and bass player. So, I started law school to keep a rock band together. I had no intention of becoming a lawyer, so when I graduated, I put the law degree in a drawer and headed to California to pursue my musical dreams.”

It didn’t take long for Staehely to begin making those dreams a reality. He arrived in Los Angeles in 1971, and a few months later he and his brother John were asked to join the critically-acclaimed band, Spirit. With Al as the band’s new lead vocalist, bass player, and chief songwriter – and with brother John taking over lead guitar duties from Randy California – Spirit recorded their fifth album, 'Feedback,' in November of 1971.

“John and I brought a little Texas flavor to the band that didn’t exist before,” Al told the Houston Chronicle’s Andrew Dansby. “It wasn’t anything we tried to do. It’s just the way we were. The way we were writing, the way he played, and the way I sang.” Critic Joe Viglione defined the band’s new sound as “a fusion of pop/jazz/rock with a dab of country.” He also called 'Feedback' “a phenomenal reinvention of Spirit.”

When Spirit splintered (but not before a successful tour that included the aforementioned performance at Carnegie Hall), Al and John formed a group appropriately named the Staehely Brothers, releasing the album 'Sta-Hay-Lee' on Epic Records in 1973.

It was another album that received good reviews, but the act was short-lived. When his brother John got an offer to join Elektra Records act Jo Jo Gunne – a band whose albums had consistently hit the charts – Al decided it was time to go it alone.

Having written the majority of the songs on both 'Feedback' and 'Sta-Hay-Lee,' Al began focusing on his writing talents, getting cuts by Bobbie Gentry, Marty Balin and Keith Moon, among others.

Not giving up on his dreams of releasing an album under his own name, Staehely recorded many tracks in LA between 1974 and 1978, working with a collection of first-rate musicians that included Steve Cropper, Jim Horn, Snuffy Walden, and Pete Sears.

Between sessions, Staehely headlined clubs in L.A. and NYC, opened concerts for The Moody Blues and Hot Tuna, did sessions for Keith Moon’s solo LP, and toured with Chris Hillman.

In 1980, Staehely returned to Texas and pulled his law degree out of the drawer Lawyer by day- musician by night, Al did shows with Roy Orbison, Jefferson Starship, Emmy Lou Harris –two European tours with John Cipollina and Nick Gravenitis (of Quicksilver Messenger Service and Electric Flag, respectively) documented by the LP, 'Monkey Medicine,' recorded in Hamburg which featured three of Al’s songs. Back in Texas, he even played a show with Rodney Dangerfield! Just as he was beginning to build his practice, Polydor Records came calling, and in 1982 'Stahaley’s Comet,' Al’s long-awaited solo record, was released – but only in Europe.

His impressive array of music industry clients and fatherhood kept him busy for a couple of decades, but the urge to make music has never left.

In 2011, SteadyBoy Records oversaw the first US release of the Polydor LP, with the new title, 'Al Staehely and 10k Hours.' In 2013, 'Cadillac Cowboys,' an EP by Al Staehely and the Explosives, was also released on SteadyBoy. In more recent years, he has returned to the studio, as well as playing live – frequently with his brother John, Freddie Steady Krc, keyboardist Mike Rosenbaum. and sax player Evelyn Rubio. At long last, Al Staehely the lawyer is once again Al Staehely the singer/songwriter/bass player – back to give the world his music from the past, as well as the music he continues to make today, including a new album recorded in Marfa with Fran Christina (drums), Scrappy Jud Newcomb (guitar), and Chris Maresh (bass).