(JERSEY CITY, NJ) -- Nimbus, in partnership with Jersey City’s Segunda Quimbamba, presents Música y Ritmos - Latin American Music Series to close out the summer-long outdoor Nimbus Arts Festival on Sunday, September 26 from 1:00pm to 6:00pm. Música y Ritmos ties together the diverse lineage of Latin-American music created and produced in Jersey City and Hudson County over a 100-year history. The Series is both based on the history and roots of Latin American music in the region and also a celebration of the exceptional local Latinx music artists working today.

“As an organization rooted deeply in our community, Nimbus is committed to presenting the vibrant and thriving art forms that surround us and build the unique identity of Jersey City,” said Nimbus Executive Director, Justin Cosme-Perez. “We are proud to be a platform for sharing and celebrating el sabor and contributions of Latin-American art and culture in Jersey City.”

On September 26, the series presents a double bill performance. Jersey City legends, Segunda Quimbamba, are joined by an energetic jazz ensemble: Gabriel Alegría Afro-Peruvian Sextet. Both groups will precede their performances with experiential workshops providing insight into the rhythms and history of their music. 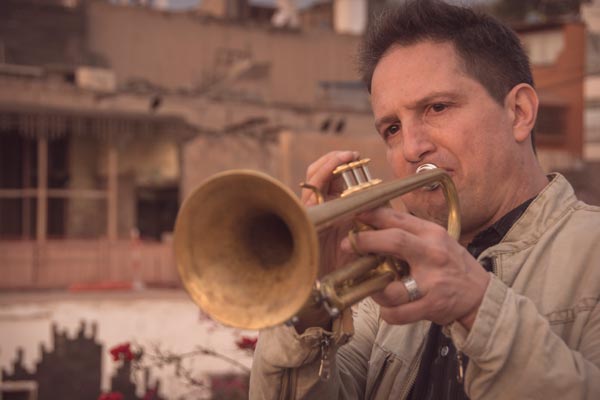 “Segunda Quimbamba is proud to co-present with the Nimbus Arts Center: Música y Ritmos, an exciting showcase of music and dance from various Latin American cultures,” said Juan Cartagena, Founder and Director of Segunda Quimbamba. “As the premier Puerto Rican Bomba and Plena ensemble in New Jersey, and as a product of the Puerto Rican diaspora in Jersey City, Segunda Quimbamba knows full well that Latin American rhythms are part of Jersey City's richly diverse fabric. This city, indeed, this county, is home to melodies, beats and dance steps that represent the Caribbean, Central and South America for well over a century. Come by, learn, sing and dance with us!”

Admission to the festival is donation-based, with the option to purchase a VIP ticket ($85). More details on the event can be found at the ticketing website.

Mack-Cali Realty Corporation is the lead sponsor of the Nimbus Arts Festival. The Festival is supported by Mayor Steven M. Fulop, the Jersey City Municipal Council, and the Office of Cultural Affairs, the Exchange Place Alliance, LMC - A Lennar Company,  and the HK Organization. CoolVines is the Beverage Sponsor of the Nimbus Arts Festival. Música y Ritmos is sponsored in part by the Hudson County Historical Partnership Program and by the New Jersey Department of State, Division of Travel and Tourism.