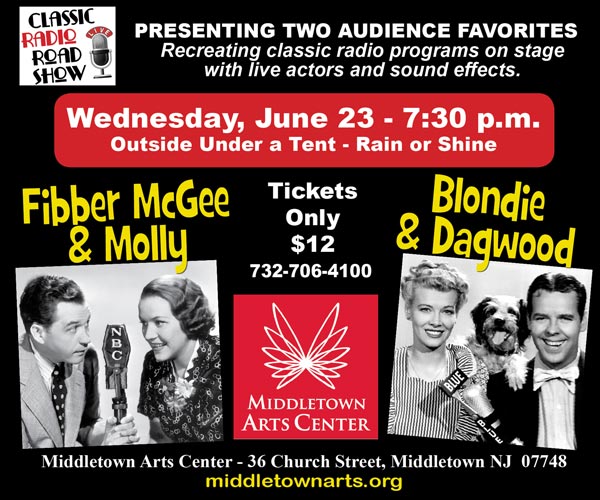 (MIDDLETOWN, NJ) -- Classic Radio Road Show (CRRS) will return to live performances on June 23 at 7:30pm outdoors at the Middletown Arts Center. The group will present two 1940’s radio comedy classics: an episode of Blondie (with Dagwood of course), along with an installment of the hilarious couple, Fibber McGee & Molly.  Special discounted $12 tickets are available online at middletownarts.org or by calling 732-786-4100. The performance will take place outdoors under a big tent, rain or shine.

Three Days Later: A Female Superhero - Although the actors are thrilled to again perform live, they also have a recorded project remaining to be presented over Zoom - Saturday, June 26 at 7:30pm. This new script has been written specially for CRRS.  It is the story of the first female super-hero in 1940’s comic books. Miss Fury was a beloved comic-book heroine who first appeared as "Black Fury" in April of 1941, which actually predates Wonder Woman!  Additionally, Miss Fury was created and illustrated by June Tarpe Mills, at a time when contributions to this form by women were non-existent. Our heroine thwarts the Nazi attempt to bring down the Empire State Building, much to the chagrin of Miss Fury’s nemesis, Erica Von Kampf.

The Middletown Arts Center is located at 36 Church Street in Middletown, New Jersey.

The explosion of visual media over the last sixty years has changed our entertainment world. Our diet of the performing arts is now all through visual mediums brought to us via various streaming platforms for television, films, and of course, YouTube.

Classic Radio Road Show lets you drift back in time to the Golden Age of Radio by recreating this magical art form, providing the stimulus to revive and activate the wonder of your very own visual projector. The scenes from the stories are enhanced by sound effects, music, and the voices of talented actors. Live performances of the scripts by the most creative writers of the era will trigger your imagination. It's called "theater of the mind." The artists of Classic Radio Road Show will awaken your imagination and guide you into “seeing with your ears.” 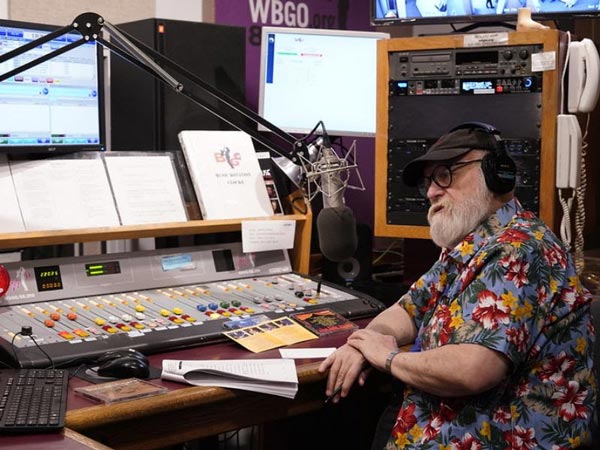 WBGO Celebrates The Career Of Michael Bourne Ahead Of His Retirement