(NEW YORK, NY) -- Creative Point-On has announced the launch of Boundless Theater (A Stage Without Borders), a theatrical installation series returning the spotlight to the underground scene of the performing arts by presenting exclusively curated, boutique performances from indie playwrights, actors, musicians, and dancers in unconventional spaces, starting from speakeasy-styled cabaret locations throughout New York City.

Boundless Theater will host a gala on Tuesday, January 18th at LUXUNY Atelier at Bryant Park Studios (80 West 40th Street) in New York City. The evening will feature a taste of the Boundless Theater experience, including a teaser from the first installation with a performance by singer-songwriter Hadiza Dockeray and an excerpt from David James Parr’s anthology play Eleanor Rigby Is Waiting. The event will also feature Boundless Theater’s Ambassadors, including Grammy Award winner and Tony Award nominee Jenn Colella; actor, writer, filmmaker and transgender activist Pooya Mohseni; and screen star Jacopo Rampini.

The inaugural installations from Boundless Theater will take place over the four Boundless Tuesdays in February 2022 at The Duplex (61 Christopher Street): February 1, 8, 15, and 22, 6:00pm doors / 6:30pm show. Each evening will begin with the Boundless Theater Manifesto and a musical act by international singer-songwriter Hadiza Dockeray and her band, followed by a performance from David James Parr’s anthology play Eleanor Rigby Is Waiting. Tickets, starting at $25, are now available and can be purchased at BoundlessTheater.com.

“It is with great pride that I’ve joined Boundless Theater as one of their ambassadors. When I was first told of their inclusive mission and goals, of supporting new works and new artists of every origin, race, and gender, it reminded me of why I entered the Industry in the first place, and why the role of an actor is important to give voice to all different kinds of narratives and artistic expression. Let’s break down borders, and engage with our communities to bring about these boundless opportunities,” said celebrity ambassador Jenn Colella.

Creative Point-On (Creativity On Point), is a NYC-based innovative storytelling platform and multimedia production boutique founded by Innovation Manager, Business Strategist & Artistic Director Daniela Pavan and Editor in Chief, Writer & Media Expert Tommaso Cartia. Their mission is to accompany companies & brands, talents, institutions, public organizations, and leaders in the field of circular economy, designing the most effective storylines to communicate their DNA to the world. And, to build the most powerful connections with their audience/community/clients by unleashing the timeless power of creativity. 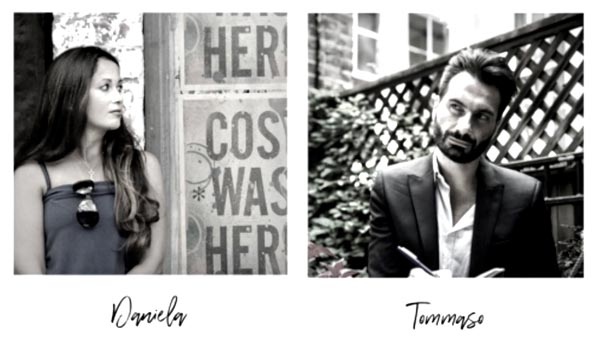 “Boundless Theater invites the audience to go back to that communal, visceral, and magical rituality of live theater that can profoundly transform consciences. We are all reminded of the importance of this tradition now more than ever, after we’ve witnessed how dramatically the global pandemic impacted the performing arts as the curtains fell on stages all over the world almost indefinitely. Boundless Theater is an inclusive borderless stage where the spotlight is and should be on talent, welcoming artists of every race, nationality, gender identity, and age,” said co-founder, artistic director & producer Daniela Pavan.

“We envision our inaugural programming as a boundless and borderless experience, to immerse the audience in the Boundless Theater feeling. Each of the artists involved are a strong representation of our mission and values. From the play by David James Parr, which struck us by his existential exploration of humankind caught in a state of isolation; to the evocative and alluring music of Hadiza Dockeray; to our celebrity ambassadors – Jenn Colella, Pooya Mohseni, and Jacopo Rampini – who represent, in their diversified life and artistic experiences, a kaleidoscope of beautifully resilient individuals inviting us to think of an inclusive, boundless world, literally without borders,” added co-founder, artistic director & producer Tommaso Cartia.

Eleanor Rigby is Waiting (24 strangers. 24 hours. 1 chance to connect) by award-winning author David James Parr is a kaleidoscopic romantic comedy-drama consisting of a mosaic of interconnected vignettes, exploring different shades of human emotion. A boundless experience combined with an evocative live music performance by singer-songwriter Hadiza Dockeray invites the audience each night on a unique date with surprising characters and one chance to connect with an array of strangers, played by a group of versatile powerhouse actors in an interconnected portrait of love, lust, and longing in our modern world.

The show was initially inspired by the lyrics of the popular song by The Beatles: “Ah, look at all the lonely people. Where did they all come from?” Edward Albee famously got his cryptic title for Who’s Afraid of Virginia Woolf? from a bathroom mirror in a West Village restaurant where these words were scrawled. A central character in Parr’s play similarly sees the phrase Eleanor Rigby Is Waiting written in lipstick on a bathroom mirror and begins to ruminate about its origin. Is it about loneliness? Is it about hope? And how long, exactly, can you keep a person waiting before they break? 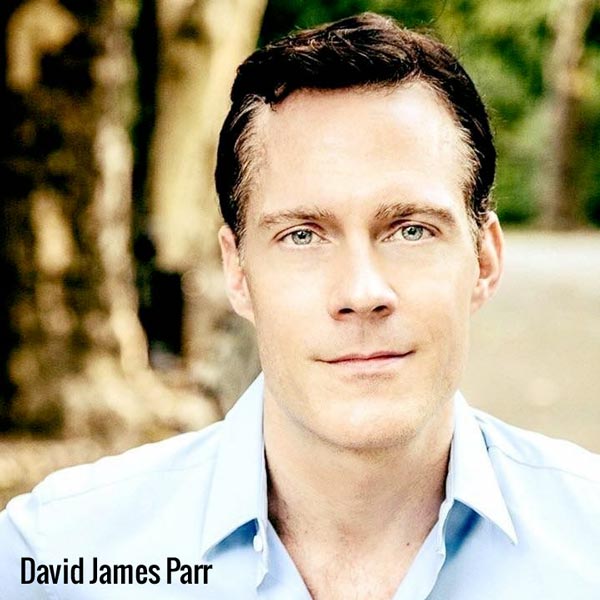 “The characters in Eleanor Rigby is Waiting are all searching for some sort of connection, both literally and figuratively. The audience follows these complicated women and men on their collision courses across the city with sometimes romantic, sometimes disastrous, but always revelatory results. Some will find connection. And some will find themselves. Come see your reflection in them… even when they can’t see themselves,” said playwright David James Parr.