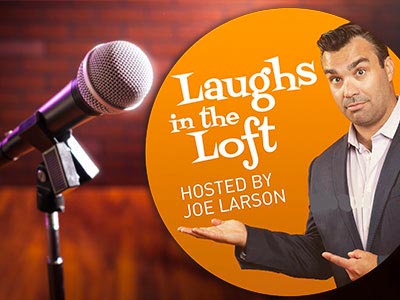 Join us for Laughs in the Loft, a SOPAC series featuring stand-up comics from our own backyard, Brooklyn and beyond!

Each Laughs in the Loft event features several comedians in a New York City-style showcase. The talent will be announced approximately two weeks prior to each show. Come be part of something exciting, fun and hilarious. You never know who might drop in!

Intended for mature audiences. Laughs in the Loft is recommended for ages 18 and up.