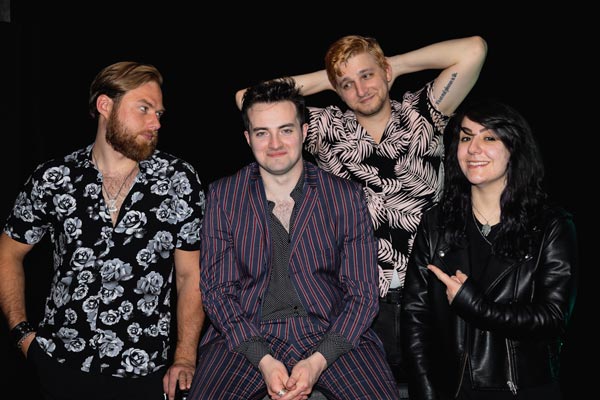 Bluesy Asbury Park roots-rockin’ garage band Connor Bracken and the Mother Leeds Band are living up to their sound with their newest single.

Fittingly, “Root” is the Makin Waves Song of the Week.

As the Makin Waves Song of the Week, “Root” also can be heard between 6 and 8 p.m. on July 15 on “Radio Jersey” at ThePenguinRocks.com. If you miss it, you also can tune in any time at Radio Jersey or MixCloud.

Fans of Killers and The Black Keys will enjoy the new song produced, mixed and mastered by Grammy-nominated engineer Dan Malsch (Gojira) at Soundmine Studio in the mountains of East Stroudsburg, Pa.

During the pandemic, Connor refined the sound of the band by recording demos for the first time ever, focusing on every little moment in the song, he said.

Since releasing their latest studio album, “Nightbird Motel,” in 2020, the band have grown their Spotify with recordings from their sold-out live performances at House of Independents in Asbury. To celebrate the release of their live album, the band teamed up with the Jersey Shore’s Twin Lights Brewing to release their own signature beer. Most stores sold out day of release.

Find out how Connor and Mother Leeds are Makin Waves at www.motherleedsband.com.