(SPRING LAKE, NJ) -- Curtains up, light the lights! Gypsy is coming to the Spring Lake Theatre for the last two weekends in August. Gypsy tells the story of the dreams and efforts of one hungry powerhouse of a woman, to get her two daughters into show business. It is loosely based on the 1957 memoir of famous striptease artist Gypsy Rose Lee.

The musical centers around the story of Gypsy Rose Lee’s mother, Rose, who earned a place in the theatrical and literary canon as the quintessential, archetypal “Stage Mother.” It features songs that have become standards of the musical theatre canon, including “Some People,” “Let Me Entertain You,” “Rose’s Turn,” and the show-stopping “Everything’s Coming Up Roses”. 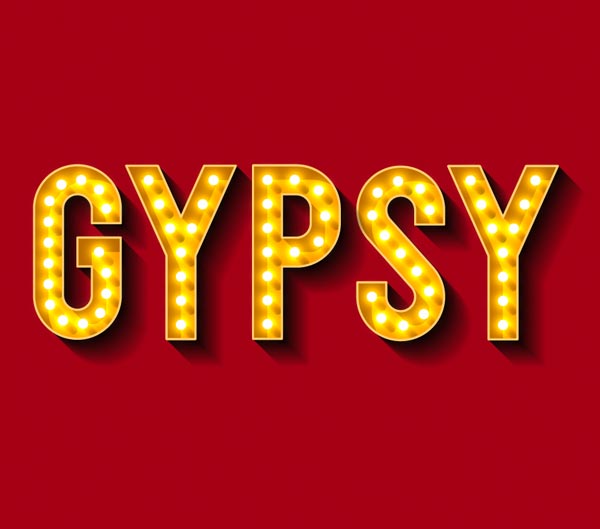 Patricia Barry produces Gypsy. Director Andrew Ferrie is no stranger to classic Broadway musicals, and has previously directed hits such as Anything Goes and Hello, Dolly! Musical Direction is provided by Teddy Kernizan, with Choreography by Christine Baglivio, and set and lighting design by Andrew Dagostino.

Andrew Ferrie once again joins forces with Kait Holloway, a Spring Lake Theatre Veteran, who takes on the role of Mama Rose with all the gusto the role requires. She is joined by Claude Schmincke, another regular performer on the SLT stage, this time in the role of Herbie. Jessa Bedser portrays the titular role of Louise, aka Gypsy Rose Lee, with Bella Campo portraying June, Louise’s sister and the golden child through all of their childhood. Ellery Jarmon and Sunny Carnahan will be portraying young Louise and Baby June respectively, and Tulsa will be portrayed by Matte Black.