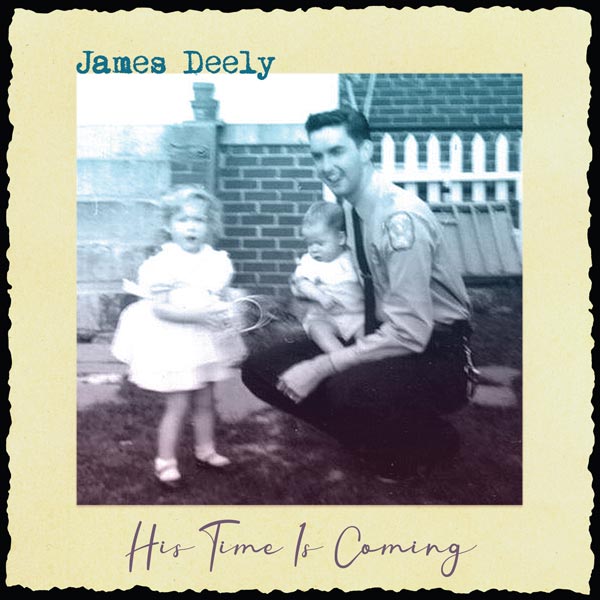 Jersey-raised singer-songwriter James Deely’s latest single, “His Time Is Coming,” in tribute to his late father is the Makin Waves Song of the Week. Deely is pictured in 1961 as a baby being held by his dad alongside his sister Ellie. PHOTO COURTESY OF THE DEELY FAMILY COLLECTION

Based on Long Beach Island for a long time and now Los Angeles, roots-rockin’ singer-songwriter James Deely will release his latest album, the 10-song “This Train Is Running Out of Track,” during the winter holidays.

The LP’s fifth and final single, the Johnny Cash/Carter Family-like “His Time Is Coming,” is the Makin Waves Song of the Week.

As the Makin Waves Song of the Week, “His Time Is Coming” also can be heard between 6 and 8 p.m. on Sept. 23 on “Radio Jersey” at ThePenguinRocks.com. If you miss it, you also can tune in any time in the archives at The Penguin or MixCloud.

“It’s basically a wee story about men losing their fathers,” J.D. said. “Famous L.A. Lakers Coach Phil Jackson once said, ‘A man is not a full man until he loses his father.’

“We had a wonderful send off for my Father at Saint Francis Church in Brant Beach on Long Beach Island,” he continued, “and as the service ended, I was walking down the aisle, and I turned and looked back toward the altar. On the altar was my Father, and right behind me was my Mom walking down the aisle with all of her grandchildren hanging on her, draped over her, trying to comfort her. I could not get this image out of my mind, so a while later, I imagined a conversation between a Widow'd Grandmother and Her Grandchild at the Ol’ Boys Funeral, where the child asks innocent questions, and the grandmother answers with comforting lies.”

“One of the really cool things about all this is me and Bruce Tunkel still charging into the future making music, you and Gary writing about it, Lee playing the music, ol’ buds P.K. Lavengood and Heshy Inc. playing on it, original Valiant drummer James Michael Devaney playing on it, Bob Nicol doing the art work, just crazy!” J.D. said. “But here we are, carrying on!”

Bruce Tunkel and Bob Nichol were in one of the all-time greatest Jersey bands together: SBK recording act The Red House, a staple at the late ‘80s, early ‘90s alt-rock haven The Green Parrot, along with James Deely & the Valiants.

“A while back when we released the title track ‘This Train Is Running Out of Track,’ Lee opened the show with it,” J.D. recalled. “The song ends, and he comes on and says, ‘That was so good, I'm gonna play it again,’ and I'm thinking, I never heard that before! Just amazing to still be making music with the Lads, Bruce Tunkel, Lee and Gary and you, Ol’ fiend in the mix. Truly a blessing! God Bless Ol’ Ireland!” 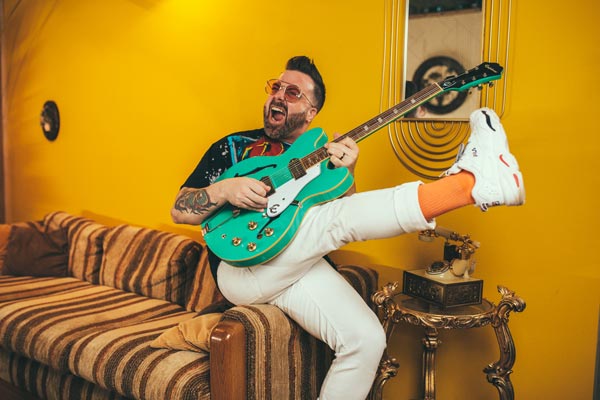