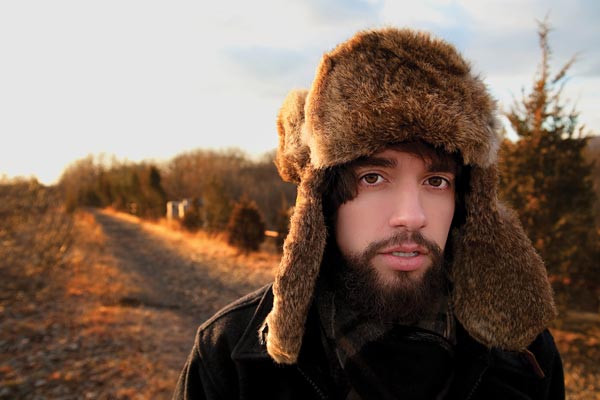 Anthony D’Amato ended the decade as one of New Jersey’s brightest and fastest rising stars.  Born and raised in Blairstown in Warren County, D’Amato fostered key relationships with several prominent artists as a teenager while serving as a music journalist.  He was New Jersey’s own Almost Famous character, bouncing around from show to show, penning reviews, and artist interviews.  The contacts proved invaluable when Anthony began his own artistic career and was able to utilize those connections to land key opening spots.

While attending Princeton University, Anthony’s writing began hitting its peak.  After two promising recordings (East Avenue and The Ghost EP) he delivered a pair of back-to-back albums as good as anyone in this book.  His releases were praised by publications across the country and suggested that performing music, rather than writing about it, might be the better career move.

Shades Of The Prison House was recorded in his dorm room at Princeton and contains memorable lines like “I love you now / but I doubt that I always will,” “Oh, what liars / young liars we’ve become,” “Tell me why my love / never is enough for you,” and “If hell is other people / I wonder what does that make us.” Often times I would find myself scratching my head wondering how someone so young could write such great lines.

His songs blend poetry with catchy folk-rock guitar.  Shades Of The Prison House isn’t just a collection of tunes, but an entranceway into the mind of a young poet who has experienced life far beyond his years.

The music has more of an indie/Conor Oberst (Bright Eyes) vibe than a ‘60s Greenwich Village/Dylan vibe. It’s modern folk rock at its best.