"I could not have asked for a better season. Everyone stayed committed, and a nice group of competitive runners," said Tursi. "The highlight of the season and the icing on the cake was going to Nationals."

Brookdale qualified for Nationals after winning their first regional championship in 39 years. Coach Michael Tursi, who was honored as NJCAA Region XIX "Coach of the Year" and Assistant Coach Dennis Flynn, coached cross country at Mater Dei High School before coming to Brookdale three years ago. The first year they put a call out for runners. "In cross country, you need five teammates to cross the finish line to score in cross country," Tursi said. They had five that year. The second year, they had eleven runners, but that year was during COVID with limited meets. So, this year, there were ten men and one woman on the team. Only the top seven on the team can qualify for Nationals.  So, Brookdale brought seven men and one woman. 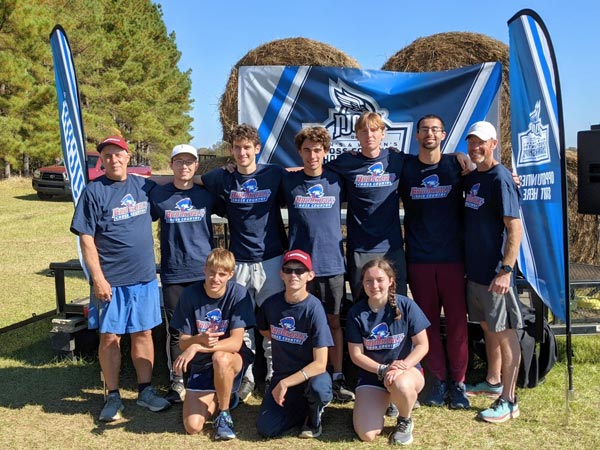 "Brookdale was top notch. They flew us down, the hotel was nice, the banquet on the military campus was great, and Assistant Director Trish Taylor made the trip also," said Tursi. "After 33 years of coaching, that was one of the best experiences I ever had."

Purdon was followed across the line by freshman Michael Puzo, Belford, NJ, who placed 41st and ran a personal record of 28:48. Freshman Joshua Seba, Tinton Falls, NJ, who placed 59th in a time of 29:35, was only two seconds off his record. Sophomore Captain William Broadhurst, Leonardo, NJ, ran his best race of the season as he placed 70th overall in a time of 29:54. Freshman Connor Scott, Keansburg, NJ, placed 77th and ran a 30:25; his second-best time ever. Sophomore Captain, Maksim Popov, Manalapan, NJ, who graduated from Colts Neck High School, placed 80th with a new personal record of 30:38. Rounding out the scoring was freshman Joshua Beer, Oceanport, NJ, who placed 89th and ended the season with a proud personal record of 31:07.

Competing in the Women's Cross-Country race, freshman Kristin Daly from Middletown qualified for Nationals and completed her 5K by placing 84th in a time of 28:33, ending her season with one of her best times.

"I truly appreciate and respect the sport of cross country. The mindset and physical preparation are humbling, especially when you are running with student-athletes from all over the country," said Taylor. "I enjoyed the bonding experiences with the student-athletes and coaches, such a special group of men." 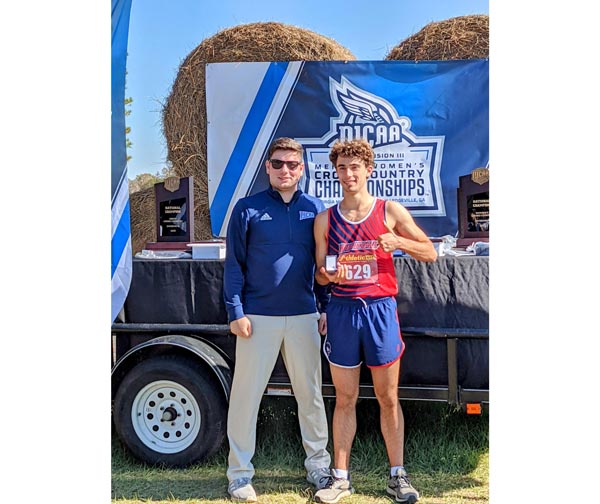