(JERSEY CITY, NJ) -- White Eagle Hall, the historic performance venue in Jersey City, NJ, has awarded management, operational and booking responsibilities to the renowned entertainment division at Prudential Center. Prudential Center’s entertainment, management and booking team will be overseeing live performance and private event booking and day-to-day facility operations for the historic venue, which hosts over 125 live events, concerts and private functions annually. The world class booking and live entertainment team will maximize its vast resources and relationships in the live performance and event industry to bring new, dynamic live events to one of New Jersey’s most legendary venues.

“Our team is thrilled with the opportunity to support a premier venue like White Eagle Hall,” said Sean Saadeh, EVP of Entertainment for Prudential Center. “White Eagle Hall’s industry reputation, local acclaim and history, and management group led by Ben LoPiccolo have created an incredible foundation upon which our team can build and book. Our foremost goal is to expand and elevate the live event programming; creating efficient and creative synergies and opportunities with Prudential Center.  This new relationship with White Eagle Hall further solidifies our commitment to the future of Jersey City and dedication to delivering world-class live events to the State of New Jersey.”

“Developing and preserving White Eagle Hall has been an incredible experience, and we are now thrilled to have Sean and the Prudential Center team take this historic gem to the next phase of entertainment,” said Ben LoPiccolo, BLDGup CEO and Partner. 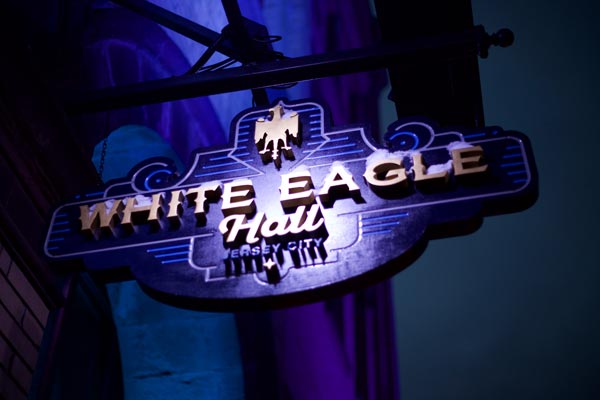 “We have absolute confidence in the ability of the Prudential Center team to enhance White Eagle Hall, which allows us to focus on our core business of real estate development,” said Kevin Kansagara, BLDGup CFO and Partner.

Renowned as one of the most unique live-performance and event spaces in the Northeast, White Eagle Hall boasts over 8,000-square-feet of flexible venue space and an 800-standing and 400-seated person capacity. Since opening in 2017, White Eagle Hall has hosted sold out performances by acts including Guster, Jenny Lewis, The Hold Steady, The Feelies, Psychedelic Furs, and Snail Mail.  Home to live music, theatre, comedy, dance, film, family shows and more, White Eagle Hall’s iconic wrought-iron, wrap-around balcony, coffered tin ceiling, and stained-glass atriums have made it one of the most popular spaces in the Tri-State Region for weddings, receptions, private parties, fundraisers and corporate functions. Jersey City Theater Center, Inc (JCTC), a not-for-profit 501c3, shall continue to program live theater and other performing arts programming at White Eagle Hall.

“Having Prudential Center as a partner will help bring JCTC’s service to the community and performing arts programming to the next level,” said Olga Levina, JCTC Artistic Director. 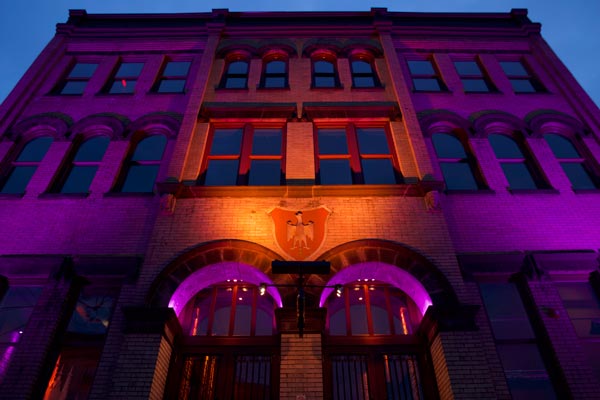 Prudential Center is the world-class sports and entertainment venue located in downtown Newark, New Jersey. Opened in October 2007, the state-of-the-art arena is the home of the National Hockey League’s (NHL) three-time Stanley Cup Champion New Jersey Devils, Seton Hall University’s NCAA Division I Men’s Basketball program, and more than 175 concerts, family shows and special events each year. The arena is also home to the GRAMMY Museum Experience Prudential Center, which opened its doors to the public on October 2017.

The 8,200-square-foot experience marks the first GRAMMY Museum outpost on the East Coast, and features a dynamic combination of educational programming and interactive permanent and traveling exhibits, including a spotlight on legendary GRAMMY winners from New Jersey. Ranked in the Top 8 nationally by Pollstar, Billboard and Venues Today, Prudential Center is recognized as one of the premier venues in the United States, and hosts over 2 million guests annually.