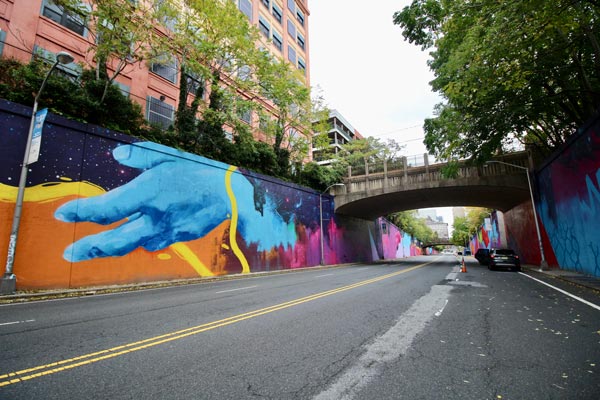 (NEWARK, NJ) -- On December 3, 2021, Mayor Ras J. Baraka and Newark's Division of Arts and Culture announced the completion of a new mural titled "The Future Nurtures the Past" by city native artist duo "Rorshach." This double-sided nearly half-mile long mural stretches along Raymond Boulevard from University Avenue to Lock Street in the city's Central Ward. It is the artist's largest artwork to date.

This artwork took nearly two months to complete and included a large revitalization effort comprised of wall repair and much-needed landscaping. 500 gallons of paint were used in the production.

"The public murals seen around the city tell our stories, inspire, and empower our community, while simultaneously providing artists with a space to express their creativity and define the excellence of our city," said Mayor Baraka. "This particular mural will beautify Raymond Boulevard, a major and historic artery in our downtown. This is a piece of outstanding work by two of our native artists and I am looking forward to seeing more such murals across Newark." 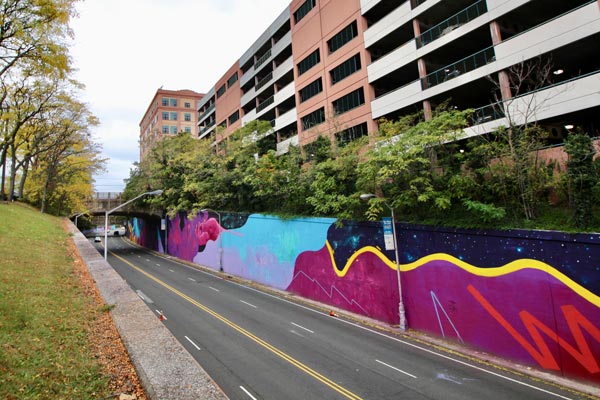 The mural acts as a vibrant portal for those in transit. Each side shares a rush of color, colliding gradients, and forms, hinged by monumental-sized human hands. The hands are those of unrecognized women leaders from Newark that have shown the artists and others continuous care. They are built in honor of a single mother, a survivor, a student, and others that lead with perseverance. They are hands of strength that despite challenge, nurture and uplift. The artists hope that those driving by will feel the embrace that they have.

The mural includes a continuous texture that was developed through under-writings. For decades, these walls held the tags of hundreds of Tri-state area graffiti writers. To preserve and honor the writers of the past, Rorshach recreated multiple layers of writing and marks beneath the blocks of color. One such, of the late Alive, also known as "Ason the Don," who the artists note to be a model member of their community and passionate writer.

Rorshach is comprised of Andre Leon and Robert Ramone. The two grew up in North Newark and together grew a collaborative practice that revolves around community building through the arts. Their artwork embraces leaders via portraiture as an act of empowerment. They are known for their murals and ongoing public organizing of Abington Walls and in collaboration with Brick City Jam. 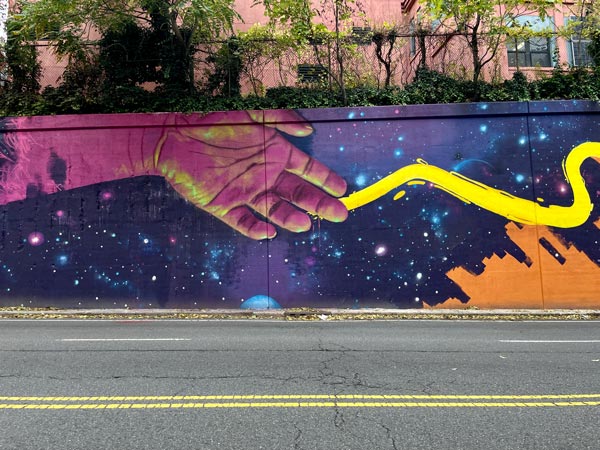 The mural was produced with the support of the City of Newark's Division of Arts and Culture. This division is the catalyst for participation, education, collaboration, and development to encourage and support excellence in the arts within the City of Newark.

All images courtesy of Rachel "Fawn" Alban, a Newark-based photographer and arts educator. 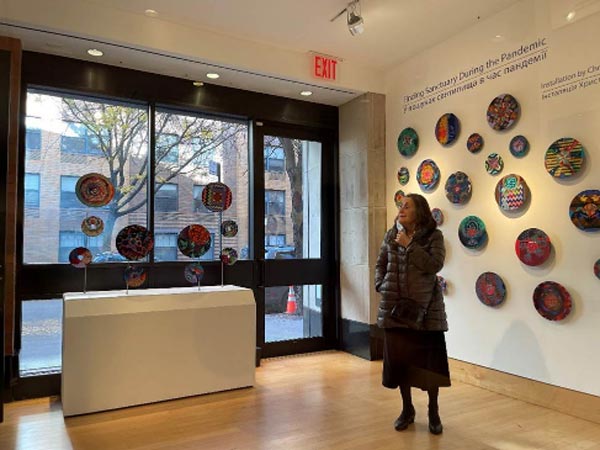 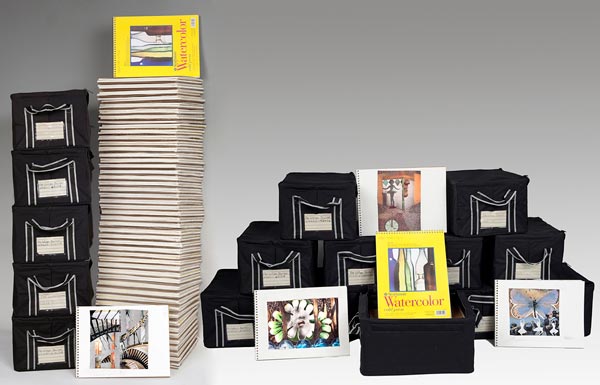 Creating Art From Newspapers Every Day For 18 Years 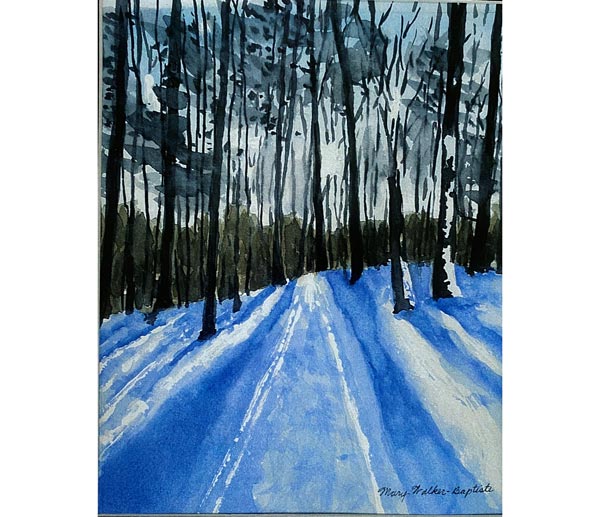