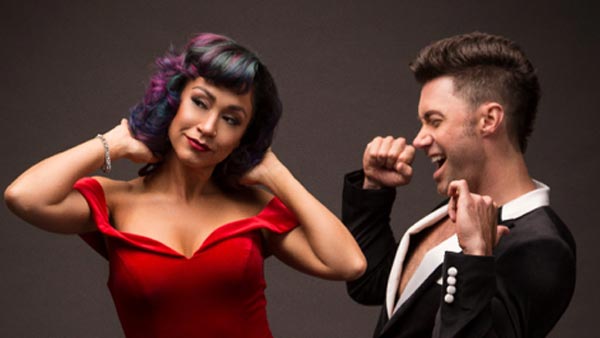 (ASBURY PARK, NJ) — The Vogel Summer Concert Series presented by Axelrod Performing Arts Center concludes with Broadway stars and American Idol alum Ace Young and Diana DeGarmo in concert at the Arthur Pryor Bandshell on the Asbury Park Boardwalk on Wednesday, September 22, and on the Roof Deck at Bell Works in Holmdel on Thursday, September 23. Ace and Diana have put together a brand-new show for New Jersey, backed by their incredible five-piece band!

The show on Thursday, September 23 will be held on the outdoor deck at BellWorks in Holmdel, NJ with performances at 5:30pm and 8:00pm. Tickets are available for purchase online.  Shows will be moved inside in the event of rain.  A full bar and menu is available at Bar Bella and Bell Market at Bell Works.

Tickets start at $45 for either venue.

The Axelrod Performing Arts Center fosters artistic excellence by showcasing varied and distinct cultural programs which enrich the imaginative, intellectual and creative soul, inspire Jewish journeys, and cultivate an appreciation of our diverse communities through the pursuit of the arts. A 501c3 organization, funding support for the Axelrod PAC comes from individuals, foundations, and grants that enable the arts center to present our year-round events and programming.