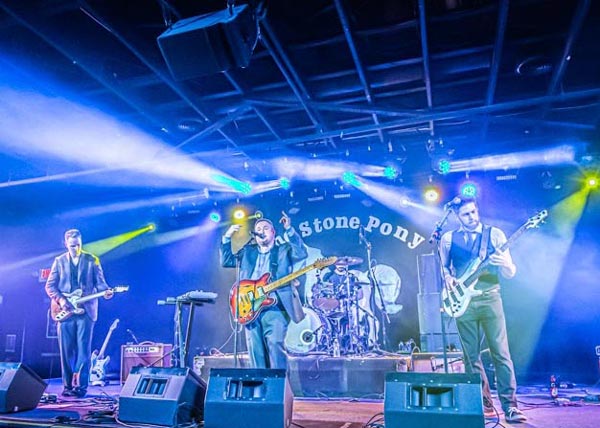 “Modern Girl” is The Clydes’ second single from an album the New Brunswick-based band will release next year on Jersey indie Mint 400 Records.  As the Makin Waves Song of the Week, the song also can be heard between 6 and 8 p.m. on Sept. 17 on “Radio Jersey” at ThePenguinRocks.com.

The Makin Waves Song of the Week will be followed by a few more singles and videos, singer-songwriter-guitarist Brent Johnson said.

About “Modern Girl,” Brent said, “My brother, Brian, and I wrote it in an attempt to mix a '60s-style guitar riff with a more modern rock sound. And the lyrics are inspired by the political divide, often generational, that has gripped everything we do the last few years.”

The vintage-styled video for “Modern Girl” was shot in Highlands by band manager KL Martin of 3143 Artist Management.

Their previous clip in March, a psychedelic turn for the power-poppy “The Fate of California,” was helmed by Mint 400 head Neil Sabatino.

The Clydes’ release schedule also will include a just-recorded “Rocky Horror Picture Show" cover for another movie song compilation Mint 400 will release this fall.

In the meantime, say goodbye to summer with The Clydes, as well as Royal Arctic Institute and Brian Rothenbeck, on Sept. 18 at John & Peter’s in New Hope, Pa. For more info about the band, visit instagram.com/theclydesband.