Fri 11.12 @ 7:30pm TD James Moody Jazz Festival: Lillias White. Lillias White (shown at top), Tony Award (Best Featured Actress in a Musical, The Life) and Daytime Emmy Award winner (Outstanding Performer in a Children’s Series, Sesame Street) Lillias White is world-renowned for her glorious voice and extraordinary ability to communicate the heart of a song.According to The New York Times, she is a “one-of-a-kind performer who combines the sass of a classic blues mama with the skill of a Broadway star.” Her first solo studio album, Get Yourself Some Happy!, was released this past summer via Old Mill Recording. It is the culmination of a 30-year friendship and professional collaboration between White and her musical director-accompanist, Timothy Grephenreed (The Wiz), who passed away in 2020.

“This recording, Get Yourself Some Happy!, is a labor of love put together by the late, great Timothy Graphenreed, Dr. Joshua Sherman, and myself," said White. "It was a joy to create. The songs were handpicked and heartfelt—and we hope the album brings smiles to your faces. I want people to see you (with your earbuds in) smiling—and wonder what you’re listening to. I hope you go out and get yourself some happy!” Tickets: $50-$70 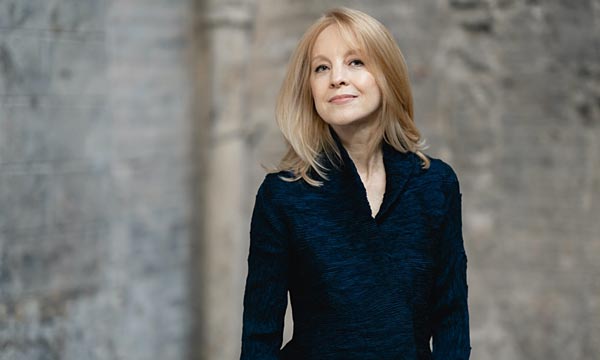 Sun 11.21 @ 3:00pm + 7:00pm TD James Moody Jazz Festival: Maria Schneider Orchestra. The last time the Maria Schneider Orchestra performed in the tri-state was in November 2019 at New York City’s now defunct Jazz Standard. NJPAC is thrilled to welcome the ensemble back to the area which will surely be THE highlight of the jazz season. For the past quarter–century, beginning with her orchestra’s debut album Evanescence (1994), composer/conductor Maria Schneider has developed a deeply personal way of writing for her 17–member collective; like Duke Ellington, she has tailored her compositions to highlight the individually expressive voices of her soloists. In July 2018, Maria Schneider was awarded the highest honor in jazz, as a recipient of the 2019 Jazz Masters Fellowship from the National Endowment for the Arts. Maria and her orchestra are fresh off of winning two Grammy Awards, “Album of the Year” award from Grand Prix de L’Academie du Jazz, Jazz Journalists Association, and NPR Jazz Critics Poll, as well as a nomination for a Pulitzer Prize for their latest album, Data Lords. Tickets: $59