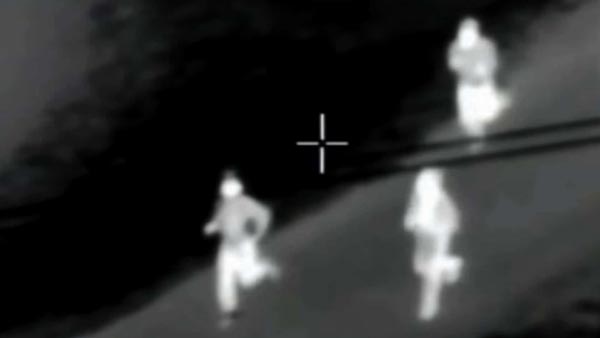 Elsewhere Everywhere (Ailleurs Partout), a film created by Vivianne Perelmutter and Isabelle Ingold, follows a young, hopeful Iranian refugee as he seeks asylum. It will be screening on Sunday, September 12 at the Fall 2021 New Jersey Film Festival Live and via Video On Demand. The 20-year-old refugee Shahin traverses borders and forfeits pieces of his identity as he chases freedom. This film explores the personal metamorphosis and the nature of human connection as a refugee. The lure of a new life that Shahin wants to achieve puts him through mental challenges as he travels from country to country. Elsewhere Everywhere (Ailleurs Partout) brilliantly showcases Shahin’s search for a new start in the way that Shahin experienced the world before his journey: virtually.

The film begins in a dream where Shahin finds himself lost in the middle of the sea. No one answers his cries, and he is firmly on his own. The landscape in his dream is desolate except for one lighthouse. As the light flickers on and off, the sound of breathing matches with it. This light, which signifies new life, is what Shahin looks towards, and it is the reason that he takes the risk of escaping Iran.

As we are shown passing cars on a road, audio plays of an immigration office questioning Shahin about where he comes from. The lights of passing cars moving across the screen remind us of what Shahin longs for. The audio describes what he is leaving behind. Although he originates from the Isfahan Province in Iran, he left for Greece. There, he was jailed for being a refugee and later left the country because he saw no future there. Images of roads, empty parking lots, and other parts of a town are shown as he continues his story. They are images that are barren and almost void of people. These images also reflect on how Shanin felt alienated from others as a refugee. Not only did he feel this separation from the world as a refugee, but as an Iranian who could only experience the outside world through the internet.

Although Shahin successfully escaped Iran, he felt as if there was more of the world for him to explore. However, after successfully finding a town in England to live in, his demeanor changes for the worse. As a shot of a house is shown, we hear someone who knew Shahin describe this negative change. Shahin is constantly angry because he had to surrender pieces of himself in the name of assimilation to survive in a world that he wanted to explore. A world he thought would accept him.

The film details that Shahin watches the world on the internet, because he can’t see all of it in person. He describes Iran as a place cut off from the rest of the world. According to Shahin, Iran lacks the freedom that he seeks. We see voyeuristic security footage of people in homes, shops, and at work. Through the lens of the internet, Shahin could carefully observe how people are similar or differ from each other.

In the footage of people unaware of the fact that they are being watched, despite the differences in cultures, universal human emotions are conveyed. However, there’s still a gap between us and the person on camera. As we see footage of a worker crying, we can only guess what she is crying about since we are not there to ask her. Seeing the world through the internet cannot fully capture the experience of the outside world, and this film shows how removed Shahin was from the people in the videos. There is often a wide distance from the people being filmed and the camera. Shahin made the decision to close the gap himself by escaping Iran.

The film specifies the gravity of Shahin’s decision to explore the world by exposing the consequences if he returned to Iran. By traveling outside of the country, Shahin risked imprisonment and even execution. Shahin bravely risked his life to feel like he was actually living. His ambition for freedom is underscored when he says that he wanted to choose his own religion, as those where weren’t Muslim in Iran faced persecution. Along with his dream of living outside of Iran, Shahin wanted to be financially stable. After buying an online investing course from a fellow Iranian who lives in America, there was one additional piece to the puzzle of Shahin’s wishes. He heartwarmingly wishes to bring his mother over to join him in his freedom where they would go to the beach, and he would order an ice-cream. It’s incredible how Shahin’s wishes culminate into simple freedoms that those in the “outside” world take for granted.

Elsewhere Everywhere (Ailleurs Partout) phenomenal storytelling immerses the viewer in how Shahin experienced the world pre and post living in Iran. The lonely imagery emphasizes how Shahin felt as an outsider and how he experienced the world before setting foot in it himself. The interviews and commentary pose thought provoking realities of Shahin’s experience. The daring undertaking of Shahin to leave Iran proved worth it as the English accepted his papers, convincing Shahin that all the trials were worth the victory. This impressive film shows us that the journey of a refugee entails hardship, hope, and potentially triumph.

Be sure to check this film out Elsewhere Everywhere (Ailleurs Partout) at the Fall 2021 New Jersey Film Festival (in-person or online) on Sunday, September 12. Go here for more info on this screening.