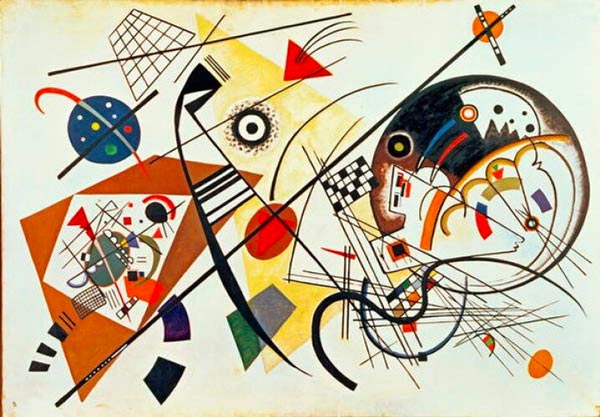 (BRANCHBURG, NJ) -- The Atlantic Chamber Players will perform a benefit concert at Raritan Valley Community College, Branchburg, Sunday, December 12 at 2:00pm. The event, which is being presented by the College’s Arts & Design department, will be held in the Nash Theatre. The concert also will be streamed live on Facebook. Masks are required in all RVCC facilities and social distancing will be followed.

The performance is part of the department’s MOZAIKA Concert Series, founded to promote multicultural dialogue through the performance of music from the classical canon through the 21st Century. Concerts in the series are free of charge, but donations are accepted and will go to the RVCC Applied Music Fund to help the College’s music majors pay for private lessons on their primary instruments.

Dr. John Sichel, RVCC Associate Professor of Music and co-chair of the Arts & Design department, is a composer whose work has been performed in Europe, Asia and South America, as well as in the US. He has received commissions, grants and fellowships from the NJ State Council of the Arts, the Composers Guild of NJ, RVCC and the National Symphony Orchestra. His Piano Wind Quintet (2021), written for the Atlantic Chamber Players, is a work in three movements: The first movement is a lyrical prelude, the second a mysterious fugue, and the finale is a march culminating in a raucous tango.

Steve Cohen has composed a large catalog of symphonic, chamber and choral pieces. He is also active as an orchestrator for shows, concerts and recordings. Cohen first wrote Fiveplay in 2019 at the request of the Atlantic Chamber Players, who then encouraged him to add additional sections to the piece.

Oboist Sarah Davol, a founding member of American Classical Orchestra in New York City, has served as principal oboist of Vox Ama Deus Orchestra in Philadelphia for more than 20 years. She has been featured as concerto soloist with Amor Artis, Bachanalia, Bach Sinfonia, Concert Royal, REBEL and Los Angeles Baroque Orchestra, among others. She has toured Germany with Apollo Ensemble and Publick Musick, and South America and Mexico with Bachanalia, Chanticleer and Wiener Akademie. She is currently an adjunct faculty member at William Paterson University and Rutgers University.

Moscow Chamber Orchestra, Korean Chamber Ensemble, Mexico City Philharmonic and others. A member of Manhattan Brass, he is on the faculty of the Juilliard School of Music.

Andrea Herr performs as a bassoonist and contrabassoonist. Her orchestral engagements have included performances with the Little Orchestra Society, New York City Opera, the New Jersey Symphony and the American Symphony Orchestra. Noted performances include the American Premiere of the opera, Prima Donna, by Rufus Wainwright; the Lincoln Center premiere of “Disney Fantasia, Live in Concert”; and premieres of new works by Lalo Schifrin, Joan Tower and Keith Jarrett. Other appearances include performances with the Lincoln Center Festival, Paris Opera Ballet and the Bach Aria Festival. She is an adjunct faculty member at William Paterson University, New Jersey City University and Kean University.

Saxophonist Paul Cohen has appeared as soloist with the San Francisco Symphony, Richmond Symphony, New Jersey Symphony, Charleston Symphony and Philharmonia Virtuosi. His solo orchestra performances include works by Debussy, Ibert, Glazunov, Martin and others. He has performed with such orchestras as the New York Philharmonic, Metropolitan Opera, American Symphony Orchestra and the Santa Fe Opera. Cohen has published over 100 articles on the history and literature of the saxophone. Recent CDs include “American Landscapes,” “Common Ground,” “New York Rising” and “Vintage Saxophones Revisited.” He is a faculty member at Manhattan School of Music, Rutgers University, New York University, Columbia University and the Aaron Copland School of Music at Queens College.

Anna Keiserman is an Assistant Professor of Piano at RVCC and Artistic Director of the MOZAIKA Concert Series. In New York City she has performed at Le Poisson Rouge, the Weill Recital Hall at Carnegie Hall and the Fête de La Musique, at the invitation of the French-American Piano Society. Other notable venues include the Jay and Linda Grunin Center for the Arts, the Strand Theater and Spain’s Ateneo Barcelonés. As a soloist she has performed concerti by Rachmaninoff, Haydn, Beethoven and Arensky with the Volgograd Symphony Orchestra, and has also toured through Italy, Spain and Russia.

A post-performance discussion with the artists will follow the concert, which will be available for viewing online after the initial performance date.   .

The MOZAIKA Concert Series is made possible by funds from the Somerset County Cultural & Heritage Commission, a partner of the New Jersey State Council of the Arts.