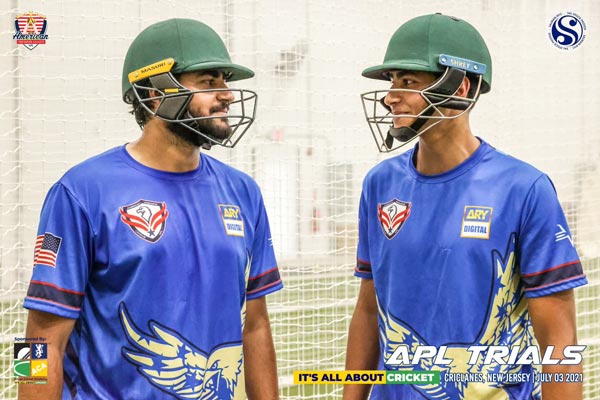 (SAYREVILLE, NJ) -- Calling all cricket players! After four months of successful trial sessions across the United States, the American Premiere League (APL) has announced the last phase of the player selection process. APL Chief Selector and League Head Coach, Afzaal Butt, and League Assistant Coach, Basit Niazi, are hosting a selection tournament this Saturday, August 21 at 10:00am at Kennedy Park in Sayreville, NJ.

All players who qualified for the selection tournament are invited to join this Saturday. APL will also provide one last trial session for those who did not have an opportunity to tryout previously. Those players are also invited to come on Saturday.

“Throughout the summer, APL has held trial sessions across the country,” said Jay Mir, APL founder and CEO. “We have met many incredible players and are excited to bring the next generation of cricket stars to America in our league.”

Afzaal Butt has over thirty years of experience in the world of professional cricket. He has played for teams such as Lahore City, Railways and North West Frontier Province Governor’s XI. He has also played professional cricket in both England and Scotland.