(UNION, NJ) -- More than 2,000 community members and Kean students and alumni braved the chilly fall temperatures on Sunday, October 17, 2021 for the first annual Jazz & Roots Music Festival at Kean University, a free, outdoor concert launched by Kean President Lamont O. Repollet, Ed.D., as a way to welcome people from across the region to the campus during Homecoming Week.

“This isn’t a fundraiser, it is a fun-raiser,” Repollet said. “Kean is the epicenter of Union County whether it is music, art and culture, or education. This festival is a way to engage and introduce ourselves to the community. Music fans from across the state are here today and can see for themselves what Kean is all about.”

The Lawn at Enlow Hall was filled with jazz aficionados and festival-goers old and young, sitting on lawn chairs, bundled in blankets, and lining up at food trucks for a bite to eat. They came to see top artists in jazz, rap and hip hop. Performing were the Dizzy Gillespie Afro-Latin Experience; the Dave Stryker Quartet; JSWISS, featuring Casey Benjamin and Mark Whitfield; and Vince Ector’s Organatomy. 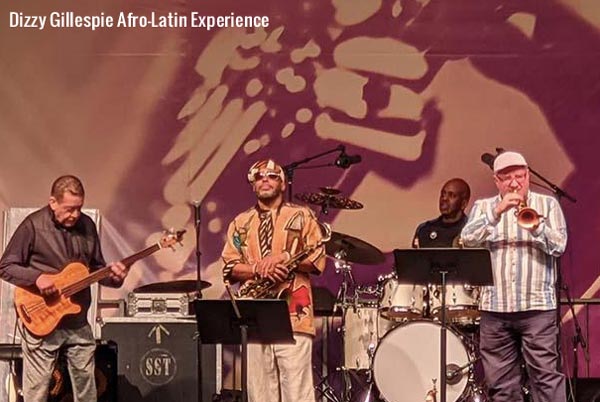 Presented by Kean University and executive consultant and producer Mike Griot, the Jazz & Roots Music Festival will be an annual event.

“First-year festivals are especially fun because you still have the unknown, like, are people going to come? But, it's just good to be back in the saddle again after the pandemic kept us indoors for the last year,” Griot said.

Janice Bland of Edison, her husband Lee Margolis and father-in-law Scott Margolis were among the first to arrive. They set up their chairs in a prime spot in front of the stage.

Tamaya Upchurch, a Kean criminal justice student from Connecticut, came with her roommate, Oyebola Falode of Philadelphia who also studies criminal justice at Kean. They were joined by Davaughnia Wilson, a communication/journalism major from Irvington. 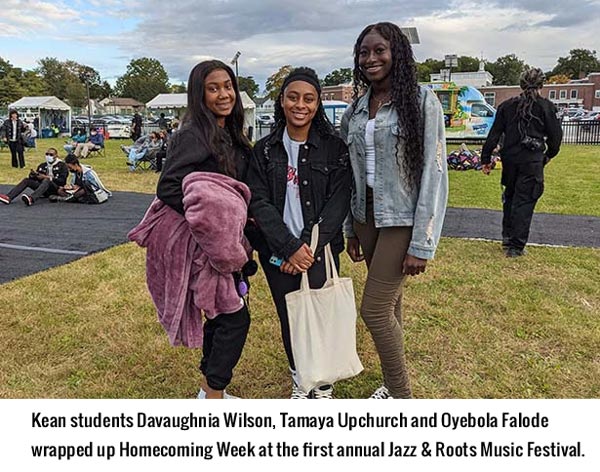 Falode said they wanted to experience all of the events for Homecoming and called the concert a “really good idea.” Upchurch agreed that it was a nice change after being away from campus for a year due to the pandemic.

“The campus coming together as a whole, you know, we’re finally outside and safe as a whole campus and community — that’s the best part,” Upchurch said.

“It’s a fantastic way to celebrate. The music is inspiring and the crowd is diverse and energetic,” she said. “I want my children to be sharing what I know is such an amazing and dynamic place.”

“With the festival, we are reaching a whole new group of concertgoers and letting them know that Kean is a place for the arts, no matter what you enjoy,” said Steve Cochran, manager of Kean Stage. “We look forward to an even bigger event next year.”

Paul Perkins of Union, who attended this year’s festival with his brother, Clyde, said he’ll be back. 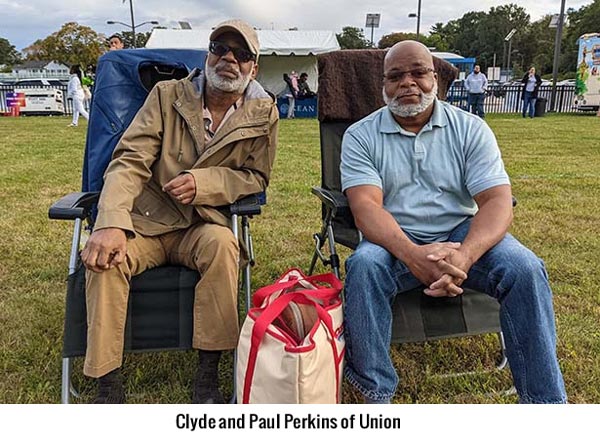