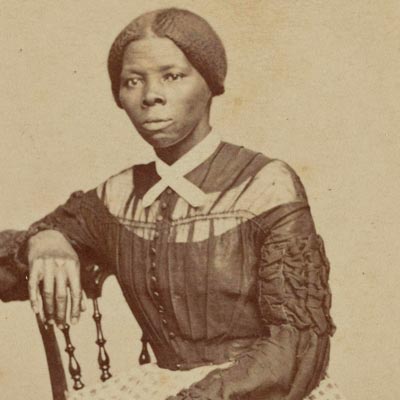 (NEWARK, NJ) -- On November 18, Newark Mayor Ras J. Baraka announced that the City of Newark has issued a Request for Qualifications (RFQ) for artists interested in being considered to design a permanent public monument of Harriet Tubman in Newark's Washington Park, which will be renamed Tubman Square. The monument will replace the statue of Christopher Columbus that was removed this summer. The deadline to apply is Friday, December 18.

Between three and five finalists will be identified through the City of Newark’s Division of Arts and Cultural Affairs commissioning process, and will be given a stipend to develop a design proposal. The winning design will be chosen by a selection committee comprised of art and design experts, historians, and community stakeholders led by Arts and Cultural Affairs Director, fayemi shakur.

“Harriet Tubman is one of the greatest figures in American history generally and African-American history specifically. Her courage, valor, activism, and spirit of self-sacrifice made her a role model in times of civil unrest and Civil War. She personally led runaway slaves through Newark, working with local abolitionists to hide them from slave-catchers in our churches. Her entire life speaks to us today, teaching us about unity and selflessness in time of struggle,” Mayor Baraka said. “It is truly appropriate that we honor her today with this statue.”

Professional visual artists or artist teams, working in any and all media, legally authorized to work in the U.S., and who are at least 18 years of age, are eligible to apply. Employees of the City of Newark are not eligible to apply. If the applicant artist does not live or work in Newark, candidates must also be willing to work with a Newark-based artist as an apprentice or collaborator on the project; the Division of Arts and Cultural Affairs can facilitate matching artists with qualified Newark-based apprentices.

Community residents and sponsoring organizations can also contribute to the monument by making donations through Newark Arts, the local arts council that will serve as the fiscal sponsor of the project. Donations of any amount are also welcomed and contributors will be publicly recognized; donations of $1,000 or above will include a naming opportunity to be determined as the design for the monument is developed.

The project budget is estimated at $300,000 and will include all project costs, artist’s fees, design services, community engagement, site preparation, engineering, fabrication, travel, transportation of the work to the site, insurance, permits, installation, documentation of the artwork, and contingency.

“The monument represents a step toward fostering a more diverse and inclusive public art collection for the City of Newark,” said Arts and Cultural Affairs Director fayemi shakur.

Additionally, the city plans to convene the anchor institutions along the park to identify a collaborative path forward to the ongoing revitalization, maintenance, and programming of the park.

The direct link for donating and more information about the RFQ can be found here.

“Newark Arts stands with Mayor Baraka in supporting the creation of a monument in honor of Harriet Tubman. Our public spaces should be sources of pride for all of our residents. We welcome the opportunity to invite artists to participate in celebrating the legacy of a great African American woman,” said Jeremy Johnson, Newark Arts Executive Director.

Please direct all inquiries regarding this open call to fayemi shakur, Director of Arts & Cultural Affairs, at shakurf@ci.newark.nj.us

Newark Arts’ mission is to power the arts to transform lives. Established in 1981 as the Newark Arts Council, the organization’s vision is to become a nationally recognized catalyst for the collaborative power of the arts in the City of Newark and urban America. Newark Arts is the producer of Newark Creates, a community-led citywide cultural plan, created in partnership with the City of Newark. Newark Arts’ key initiatives include Arts Education Newark (AEN), the ArtStart community grantmaking program, and the Newark Arts Festival. Newark Arts is generously supported by Prudential Financial,  the City of Newark, M&T Bank, PSEG, Geraldine R. Dodge Foundation, Victoria Foundation, Turrell Fund, Bank of America, New Jersey State Council on the Arts, the National Endowment for the Arts, Verizon, United Airlines, Hanini Group and individuals, businesses and institutions.