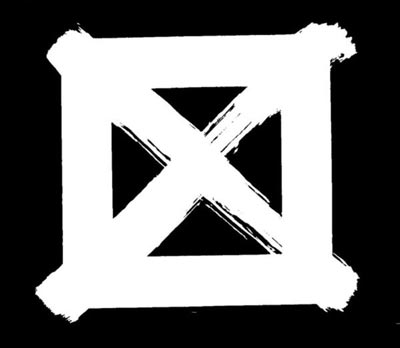 (NEW BRUNSWICK, NJ) -- The Zimmerli Art Museum at Rutgers celebrates the life and achievements of its late director Thomas Sokolowski – an activist and arts leader since the early 1980s – during Art Before/After Hours, with live virtual programming, on December 1. The date also marks the annual observation of Day With(out) Art/World AIDS Day. Since 1989, December 1 has served as a national day of action and mourning in response to the HIV/AIDS crisis initiated by Visual AIDS, an organization that Sokolowski helped found. The schedule and registration details are available at go.rutgers.edu/December1. This program is presented in collaboration with Rutgers Global and Mason Gross School of the Arts.

Sokolowski became the Zimmerli’s director in the fall of 2017 and passed away in May of this year. “Tom’s legacy reaches beyond the art world and the art museum,“ notes Donna Gustafson, the Zimmerli’s interim director and Curator of American and Modern Art, Mellon Director of Academic Programs, “and Tom knew a lot of people! We can list his accomplishments as a curator, an educator, and a museum leader. But his time as an activist in the 1980s continues to have an impact as we navigate illness, stigma, and new challenges to public health. Tom’s work with Visual AIDS and in the museum presenting political art and bringing important conversations into view had a huge impact. We celebrate Tom’s life and legacy as we mark Day With(out) Art and continue to raise awareness about the continuing presence of HIV/AIDS in the world.”

Art Before/After Hours kicks off at 9:00am with a live Zoom screening of TRANSMISSIONS, six videos** commissioned by Visual AIDS that consider the impact of HIV and AIDS beyond the United States. The program brings together artists working across the world: Jorge Bordello (Mexico), Gevi Dimitrakopoulou (Greece), Lucía Egaña Rojas (Chile/Spain), Las Indetectables (Chile), Charan Singh (India/U.K.), and George Stanley (Uganda). The program does not intend to give a comprehensive account of the global AIDS epidemic, but provides a platform for a diversity of voices. The videos cover a broad range of subjects, such as the erasure of women living with HIV in South America, ineffective Western public health campaigns in India, and the realities of stigma and disclosure for young people in Uganda. As the world continues to adapt to living with a new virus – COVID-19 – these videos offer an opportunity to reflect on the resonances and differences between the two epidemics and their uneven distribution across geography, race, and gender.

Programming picks up again at 7:00pm with a live Zoom panel discussion about the historical and contemporary intersections of HIV/AIDS advocacy and the arts. Visual artist and Mason Gross professor Jeanine Oleson moderates a conversation with: Nelson Santos, an artist, curator, and former director of Visual AIDS; Allen Frame, a photographer and writer who has long worked with Visual AIDS; Dr. Perry Halkitis, Dean of the Rutgers School of Public Health; and Donna Gustafson, the Zimmerli's interim director and Curator of American and Modern Art, Mellon Director of Academic Programs.

Throughout the day, the Zimmerli will post new content on its online platforms (Facebook, Twitter, Instagram). In addition, the museum will debut a short documentary about Sokolowski, created by 2019 Rutgers alumnus Sam Vladimirsky, who interned at the Zimmerli and now works as a filmmaker and photographer in New York City.

Art Before/After Hours is the virtual version of the Zimmerli’s popular longtime program Art after Hours: First Tuesdays. This updated format brings together a broader audience, engaging art lovers across times zones. A recording of the debut Art Before/After Hours on October 6 is now available on Zimmerli at Home.

**Visual AIDS is partnering with several museums to present programming for TRANSMISSIONS. For more information, visit the Visual AIDS site. Beginning December 1, the video program is also available to view online any time at visualaids.org/transmissions. Visual AIDS is a New York-based non-profit that utilizes art to fight AIDS by provoking dialogue, supporting HIV+ artists, and preserving a legacy, because AIDS is not over.

Please note that the Zimmerli remains closed to the public and in-person programs are suspended until further notice. News regarding operations will be posted on the museum’s home page. For Rutgers updates, please visit Universitywide COVID-19 Information.