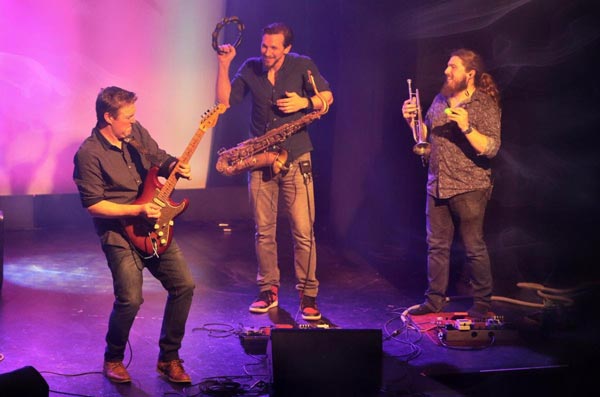 (LAKEWOOD, NJ) -- The Strand Center for the Arts presents the Billy Walton Band in concert on Thursday, September 3rd at 8:00pm.  Billy Walton is an accomplished guitar master from the vibrant New Jersey Shore music scene.  The concert will be streamed live on the venue's Facebook Page.

Walton earned his stripes in the rock & roll trenches, playing lead guitar for many years with Jersey icon, Southside Johnny. He has also shared the stage with music legends; Little Steven, Gary US Bonds and Steven Tyler, to name a few.

The Billy Walton Band grew out of this rich musical heritage, and found its groove when Billy connected with bassist William Paris. With the addition of Tom Petraccaro on sax and Eric Safka on Hammond B3, the band has truly hit its stride. They have a solid, dedicated fan base which is growing quickly.

After releasing three singles, "Can't Love No One", "Cortez The Killer", and "You Don't Need Me", Billy Walton Band's 9 additional new tracks on Dark Hour further express the bands musical versatility and talent. Filled with ripping guitar solos in songs like "Think Of Me", "Long Slow Descent", "Gold Mine", and "People Talking", Billy Walton shows off his guitar chops while being supported by an irresistible cast of incredibly powerful players.

Donations are welcome and will be split between The Strand and the artists. Please www.strand.org and click "donate."

The Strand is a Jersey Shore entertainment venue that offers a wide variety of live entertainment in New Jersey. Based in Lakewood, the venue features activities for senior citizens, theater camps for children and teens, and is well-known for its intimate BACKSTAGE PASS series which offers a unique, personal entertainment experience.

The Strand has brought cultural arts to the Jersey Shore since its inception in 1922, and our theater has remained a staple for Jersey Shore entertainment. Nationally renowned acts including Milton Berle, Loudon Wainwright, George Burns, Don McLean, Louie CK, Taylor Swift, Charlie Daniels, George Carlin and many more have all taken the stage here. Learn more about The Strand and all that it has to offer.

The Strand Center for the Arts is located at 400 Clifton Avenue in Lakewood, New Jersey.