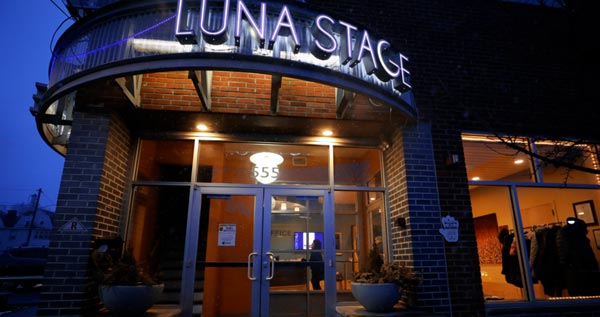 (WEST ORANGE, NJ) -- Luna Stage has launched a series of programs to connect, celebrate and inspire local communities during the time of COVID-19. These include free 10-minute playwriting classes for community writers, solo show creation workshops featuring voices from across the country, a song cycle of commissioned pieces inspired by local heroes, and three summer camps.

“In times like this, we are reminded that a theatre is much more than a building,” says Luna’s Artistic Director Ari Laura Kreith. “Our role is to bring people together, to inspire connection and creativity. And it may require a little bit of ingenuity and shape-shifting to do that, but as theatre artists that’s what we do.”

Luna’s first community program, a workshop on Writing the 10-Minute Play led by playwright Jenny Lyn Bader, whose Mrs. Stern Wanders the Prussian State Library had its world premiere at Luna in October 2019, filled to capacity less than 10 minutes after it was announced. A second session was immediately added, led by Stephen Kaplan, whose full and 10-minute plays have been featured at Luna, and instantly filled as well. A third session is being scheduled, and will be announced on Luna's website.

“We had a feeling there might be a need, but had no idea how much our community wants opportunities like this,” said Kreith. The playwriting program is free (with an optional $10 registration fee) to ensure that it is accessible to everyone. Luna also plans to present readings of all the 10-Minute Plays created in the workshop once it is safe to do so.

Also part of Luna’s virtual education program is Voices Across America: Write An Original Solo Show In Six Weeks, which will be collaboratively facilitated by three solo artists. The program is inspired by Luna’s American Voices series, which featured original pieces by solo performers, and will be led by Ami Brabson (creator of the solo plays with music Phenomenal Women and A Change Is Gonna Come, both of which performed on Luna’s MainStage), Will Nolan (whose Hooray for Ladyland! Gay History for Straight People! was scheduled to open at Luna on March 14 and has been postponed), and Aizzah Fatima, creator of the award-winning Dirty Paki Lingerie.

Participants in the solo show creation workshop will be drawn from across the country. “At this unique moment in time, we feel as geographically close to people across the country as we do to those in a neighboring town,” added Kreith. “It’s a unique opportunity to connect and listen to one another, and our hope is that this project will invite us to empathize with one another’s experiences.”

Meanwhile, an existing Luna performance project has been re-imagined to exist online. The commissioned song cycle Secret Cities: Songs of Unsung Heroes had initially been slated for site-specific performance in May. However, the series is now being released online (a new song goes live every Monday) on the company’s website and via social media.

“We haven’t given up on a live performance later this summer, but meanwhile this is an opportunity to uplift and inspire our community by sharing new music inspired by local people making a difference,” said Kreith.

The first song, “We Knead,” inspired by Phil Serrani’s Sanitary Bakery in Orange, NJ, written by Miranda Ferriss Jones and performed by Allison Posner with accompaniment by Ben Morss, is currently live on the company’s website www.lunastage.org.

Luna has also announced pay-what-you-wish summer acting and filmmaking programs for young people, ranging from a “Create Your Own Zoom Mystery” camp for elementary students to a month-long on-camera acting and web series design conservatory for middle and high schoolers. Information on these and other summer programs can be found on Luna’s website at www.lunastage.org/camps.

Luna camps are supported in part by a grant from the Orange Orphans Society. Donations to support this and other Luna programs can be made online.

Unsung Heroes is supported by Stages Online, a partnership with New Jersey Theatre Alliance to bring theatre content into homes during the COVID-19 pandemic. Stages Online is made possible by generous funding from the New Jersey State Council on the Arts, a Partner Agency of the National Endowment for the Arts, Bank of America, The Horizon Foundation for New Jersey, OceanFirst Foundation; the George A. Ohl, Jr. Trust; New Jersey Historical Commission; and Fund for the New Jersey Blind.

Luna Stage develops and produces vibrant plays about local and global experiences. Firmly rooted in New Jersey's Valley Arts District - a crossroads of cultures - Luna brings its communities together for artistic events that spark conversations and create understanding and change.

Luna Stage is the recipient of the 2019 People's Choice Award for Favorite Small Theatre in New Jersey. Luna has contributed to the development of over 100 new works for the stage, many of which premiered at Luna and have gone on to be produced in New York, regionally and internationally.

As producer, innovator, and educator, Luna is dedicated to eliminating barriers to participation and allowing all community members to nurture their own creativity and vision. Luna offers classes for children and adults, as well as opportunities for early-career and established theatre artists to develop and incubate new work.